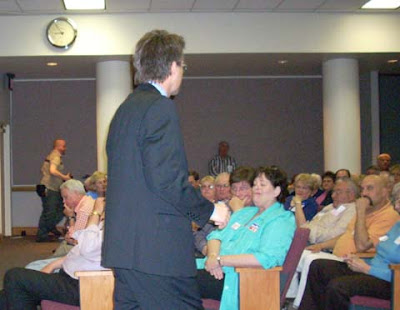 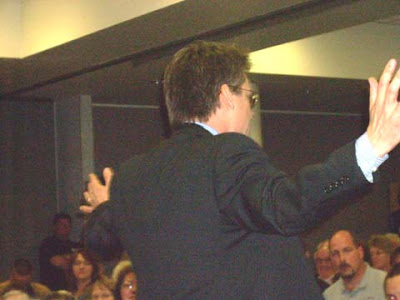 Thursday's Augusta County Republican mass meeting highlighted the divide in the local Party in more ways than one.

There were the electeds vs the grassroots ... the Old Guard vs the newcomers ... and a negative message on their behalf vs the positive message of Kurt Michael.

During Larry Roller's 23-minute speech, he suggested unity but then went on to criticize Kurt Michael, Lynn Mitchell, and Scott Sayre. Standing behind the podium, he read prepared remarks ... 23 minutes for what was supposed to be a two-minute speech.

Afterwards, temporary mass meeting chair Jim Bailey turned to Kurt and said that Kurt, too, could have 23 minutes.

First, why would anyone want to hold those good people captive for another 23 minutes? Second, how many of us can compose a 23-minute speech with 10 seconds' notice?

Not missing a beat, Kurt rose to face the room, many of whom were openly hostile toward him, and proceeded to present a positive message of what he had accomplished as chairman, and his vision for the future. He thanked the public officials, the ones he had personally helped in the past with their campaigns, the ones who were now lined up solidly against him.

Kurt walked up and down the center aisle between the rows of seats, talking on a personal basis to those in the room. He smiled, he was animated, he made eye contact and connected with his listeners. He was the leader we all respect ... he was the leader who has inspired us to work for the Republican Party.