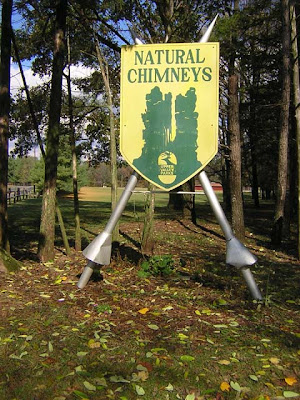 Jousting, that medieval sport of kings and knights that tested their skills at horsemanship, balance, and marksmanship, returns to the central Shenandoah Valley this weekend as it has for the past 189 years.

The Mt. Solon Tournament began in 1821 when two local men jousted to settle a dispute over which should have a certain young lady for his wife. The tradition continued as sport and today thousands turn out to join the festivities. Jousters, some using lances that are hundreds of years old, travel from throughout the East Coast to spend the weekend testing their skills at spearing three steel rings hanging from crossbars while charging down a ninety-yard course in eight seconds or less.

Held the third weekend in August at Mt. Solon's Natural Chimneys Park in northwestern Augusta County at the foot of the Appalachian Mountains, it is America's oldest consecutively-run sporting event, sanctioned by the National Jousting Association, and kicked off each year with the command, "Charge, Sir Knight!"

The Medieval weekend and Renaissance Faire has a magical feel with knights and damsels and horses with names like "King Arthur" and "Sir Knight." The modern day jousters are a society of like-minded folks who know one another and look forward to the good-natured sport that has been tamed to allow both parties to live to joust another day. They now spear rings hanging from crossbars instead of each other.

If you go, take a lawn chair, a sweater (sometimes it's cool), and plan to tailgate with a picnic. And don't forget your camera. There is a slight charge to get into Natural Chimneys Park but it's not much, and the sight of so many jousters is well worth the experience.