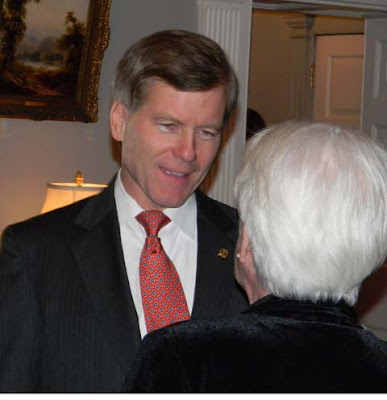 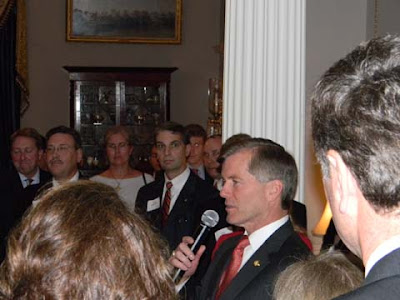 Gov. Bob McDonnell had the ear of the entire room as he talked with guests. Former mansion tenants Susan and George Allen listened. 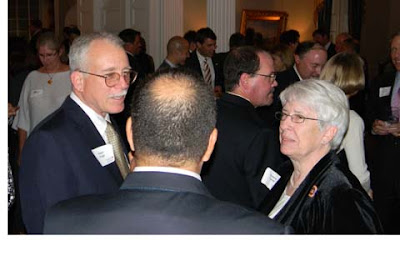 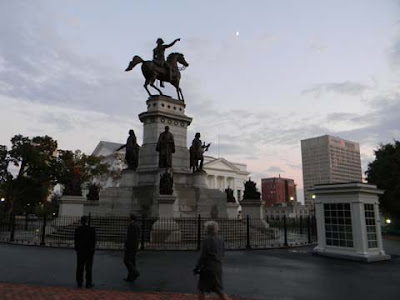 George Washington statute in front of Virginia capitol building as dusk settle over Richmond. Former Del. Chris Saxman and former Augusta GOP Chairman Dr. Kurt Michael walk past on way to Governor's Mansion for Thursday's gathering of Republican and conservative leaders from across the Commonwealth. 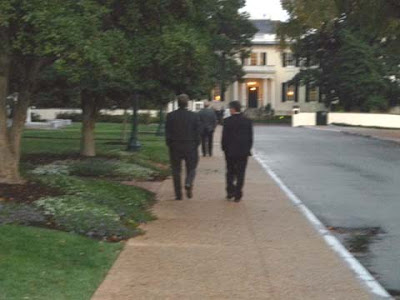 The manicured lawn of the Capitol heading to the Governor's Mansion.... 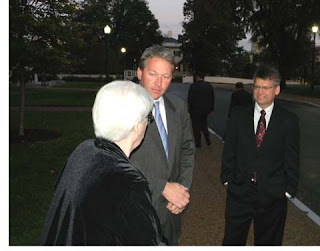 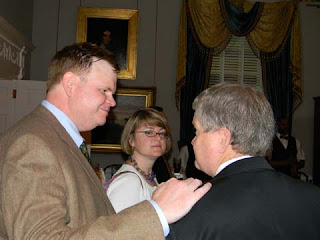 Norm Leahy talked with Will Vehrs. 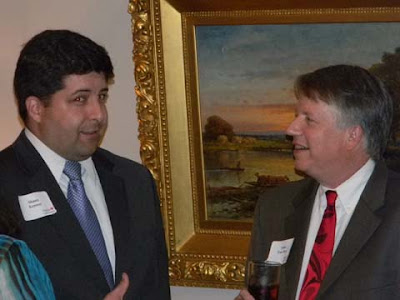 From across the room, Shaun Kenney was keeping an eye on me while he talked with John Van Hoy. 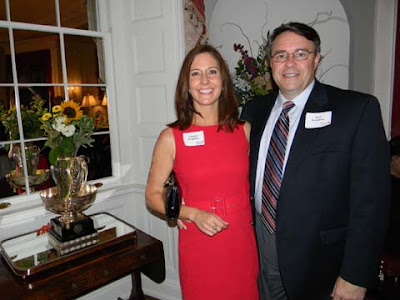