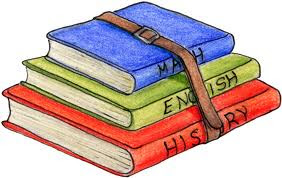 I've got a post up at the Washington Examiner about a bill for year-round schools in Virginia that I cross-posted to Facebook where a discussion is going on about this issue. "Year-round schools coming to Virginia?" begins:

House Joint Resolution 646, sponsored by Del. Steve Landes (R-25th House), vice chairman of the Education Committee, unanimously passed the Virginia House of Delegates, and must now go to the State Senate for passage. The study directs the Joint Legislative Audit and Review Commission to conduct a two-year study on the efficiency of year-round schools by reviewing educational systems locally, nationally, and abroad that have already implemented them. The study would also evaluate instructional costs, transportation and special education services, and the need for additional classroom teachers, staff, and support services.


There are literally dozens of pros and cons on this issue, and some school systems have actually tried it and then returned to a traditional school calendar including the Salt Lake City public schools that just this month made the decision to abandon the year-round schedule for a variety of reasons.

If the bill passes in the Virginia legislature, there will be much to study and hopefully, will include input from parents and teachers who will be directly impacted by whatever decision is made by those in Richmond.

I've made my Case for Summer Vacation [click to read] before. I for one do not see a lot of value in 'year round schools.'