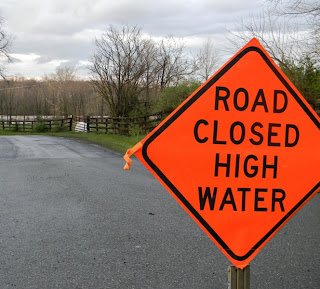 Off Rt. 250 west of Staunton. Water seen in background is normally a farm pasture. 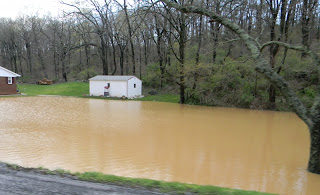 Morris Mill Road west of Staunton. This is not a pond ... it's their side yard. 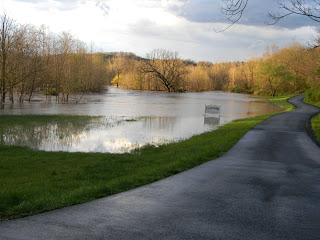 Off Rt. 250 west of Staunton. The Middle River is to the left in the photo beyond the trees. 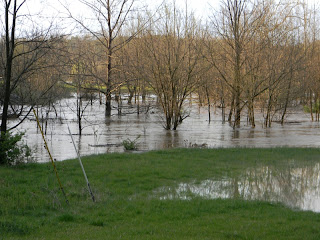 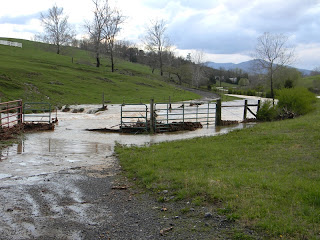 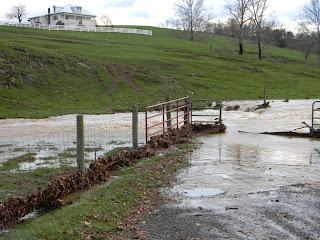 This house once again had its driveway cut off from the main road by Whiskey Creek. All the places that flooded in January 2010 experienced it again on April 16, 2011. The storms and flooding were as bad in most places as last time, and a tornado touched down in Stuarts Draft in southern Augusta County.
Sadly, a 41-year-old woman and eight-year-old girl lost their lives when swept away by the flooded Rockfish Run whose waters run off Afton Mountain into the South River at Waynesboro.
Photos by Lynn R. Mitchell
16 April 2011
Posted by Lynn R. Mitchell at 4/17/2011 11:05:00 AM