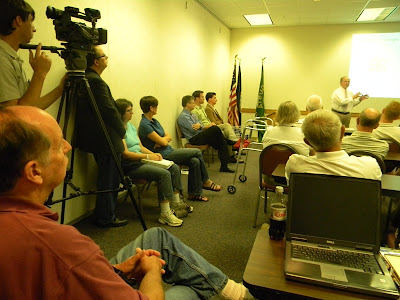 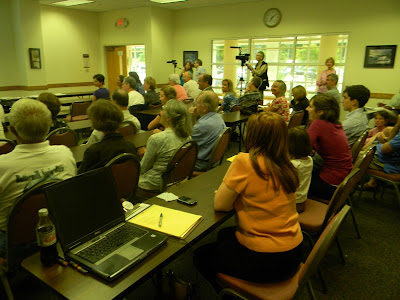 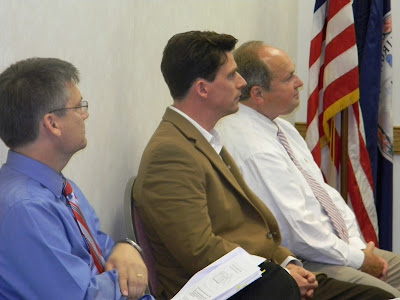 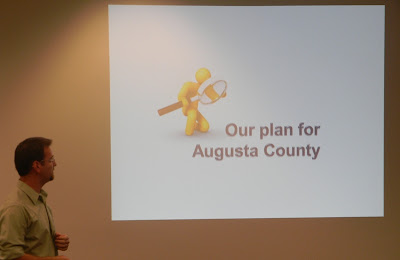 ... as David Karaffa their plan for Augusta County for ... 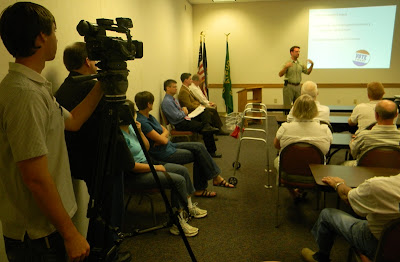 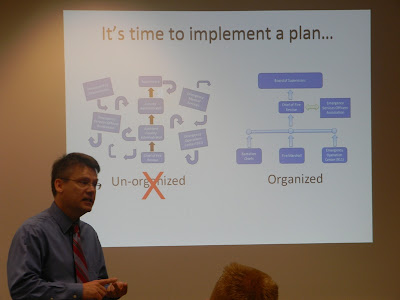 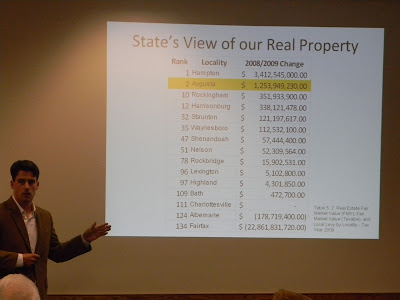 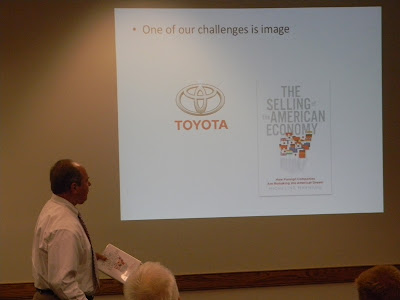 
Four candidates for Augusta County supervisor conducted an informative townhall meeting Wednesday night to a packed room of 50 people who came out to hear a vision for the future of the county.

Two young children drew with markers on note pads while two tiny infants snoozed in their baby carriers as their parents listened, along with another young mom involved with Wilson Elementary School's PTA. The room was rounded out with college students, working folks, and retirees, all interested in hearing how these candidates would govern if voted onto the Board of  Supervisors in November.

All agreed on all four issues but each took one to break down into consumable bites in a PowerPoint presentation that was packed with facts and information.

This was the first of a series of townhall meetings to be held throughout the county. Upcoming dates will be available soon.

Fellow SWAC blogger Bob Kirchman at The Journey was at the meeting and writes:


Putting America Back to Work [click to read].
Here's some historical perspective that supports the vision put forth by Tracy Pyles for economic development. Says Pyles: "We're not competing against Staunton and Waynesboro... we're competing with the world."

Tracy Pyles referenced the interest by Toyota in building a plant in Augusta County. The plant would have most likely created the same sort of opportunty that DuPont did in the 1960's.

1. A Short History of the Waynesboro DuPont Plant [click to read] by Ashley E. Stanley

At a time when the economy is depressed, the housing market has tanked, companies have closed their doors, and many have lost their jobs, would a Toyota plant have been welcomed in 2011, offering 2,000 jobs at a reported $65,000 a year salary?

See also The rise of the independents.

Reporter Calvin Trice with the Staunton News Leader has the story and WHSV TV-3 has video coverage.