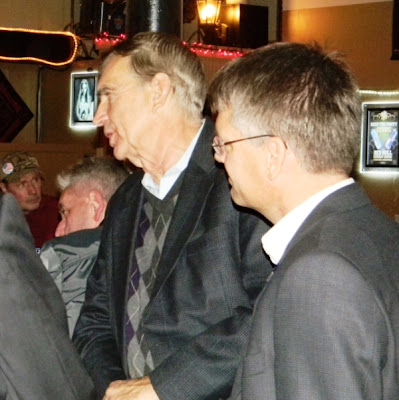 Senator Emmett Hanger and Kurt Michael talked with people at the SWAC Election Night party held at the Clocktower Restaurant in downtown Staunton as election returns came in on the big screen TVs. Our thanks to Clocktower owners John and Kim for their hospitality in providing the back room and much of their technical equipment for our use. Thanks also to Kurt Michael and Jason Bibeau for their help in setting up the equipment, and to Jason for acting as DJ. 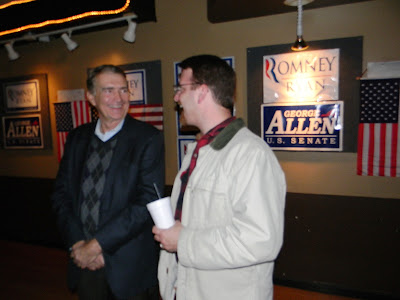 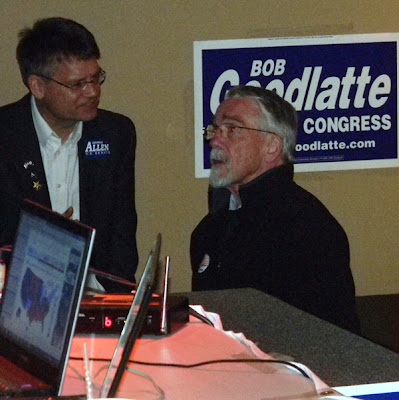 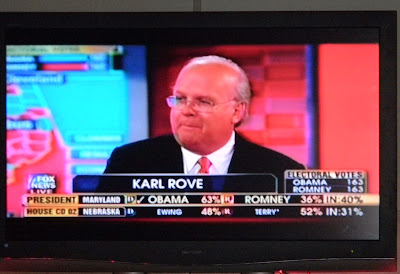 The campaign master himself ... Karl Rove. 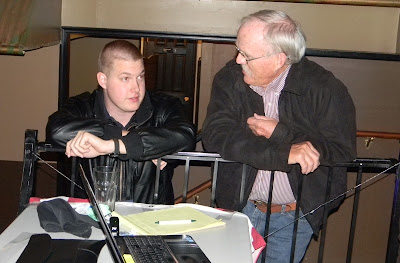 The live-blogging area -- thanks, Guys! 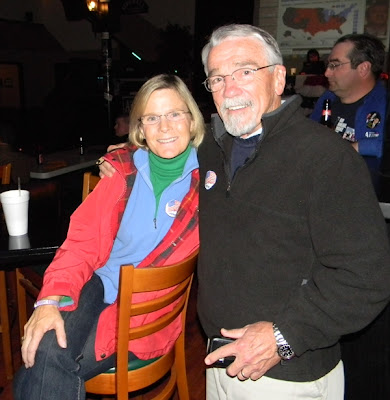 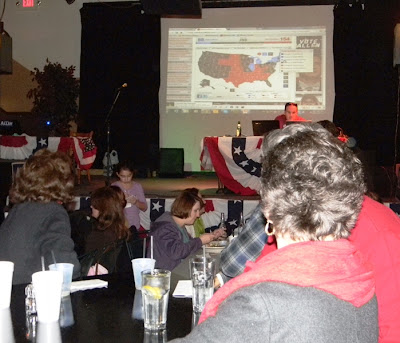 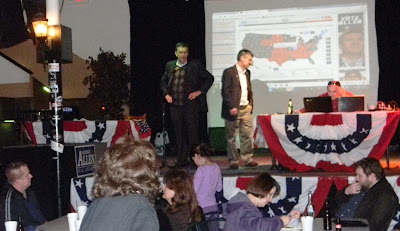 Senator Hanger prepares to address the crowd. Kurt Michael (center) helped facilitate the event and Jason Bibeau (right) was DJ and operated the overhead electoral map, filling in the states as they were announced for Mitt Romney and Barack Obama. 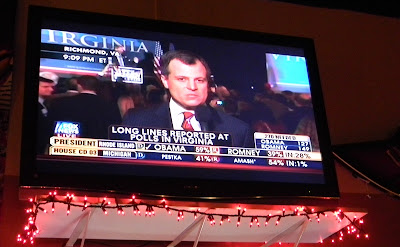 Fox News reported about long lines at polls in Virginia. 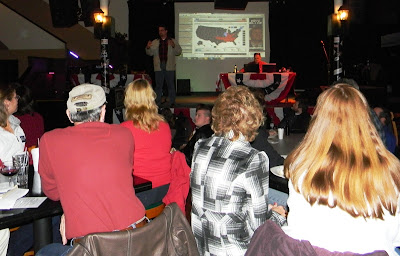 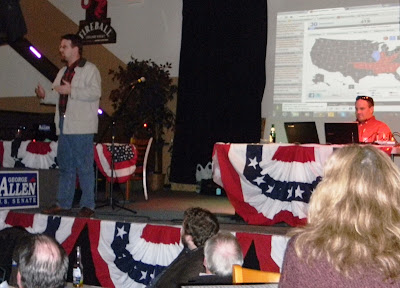 David Karaffa on stage addressing the crowd in between return announcements. Jason was manning the laptops following Real Clear Politics, CNN, and Fox News online to see what states were being called. 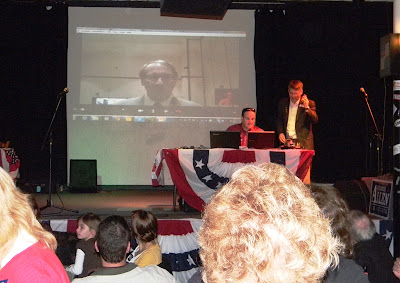 Congressman Bob Goodlatte Skyped into the party around 8:30 p.m. and was projected on the big screen for all to see. By that time, CNN has announced that he had easily won re-election in the 6th District. The Congressman thanked everyone for their support and work. 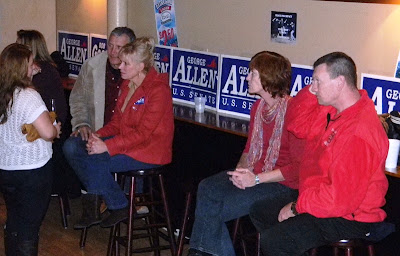 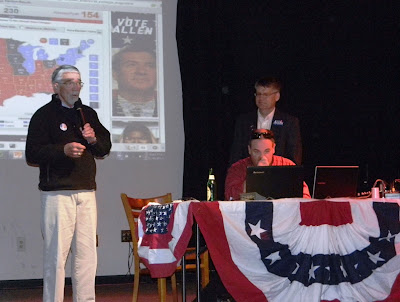 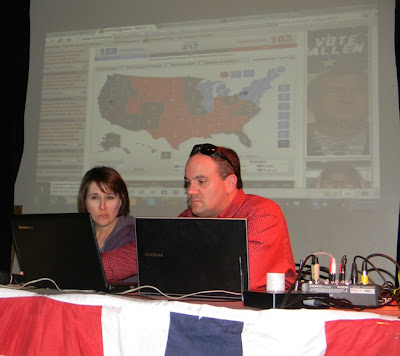 Pam Michael and Jason Bibeau studying the returns on multiple computer screens while I live-blogged the event. Bearing Drift colleagues in Richmond kept us up-to-date on what was going on at the Omni where Republicans were gathered hoping to have a victory to celebrate. The huge disappointments of the evening were the losses by Mitt Romney and George Allen, two class acts who poured their hearts and souls into getting their messages to the people.

My thanks to George and Susan Allen for everything they have done for Virginians over the years. Susan is a tireless worker who is a positive, uplifting representative for her husband. Her friendly smile and vibrant personality have always made her a popular guest at events around the state. George -- the Governor -- is a hard-working, principled, dedicated man who truly wanted to once again represent the citizens of our great Commonwealth.

Thank you to all the volunteers who unselfishly gave their time and energy to help our candidates. Thanks to all who came out to party together on such an important night for our country.