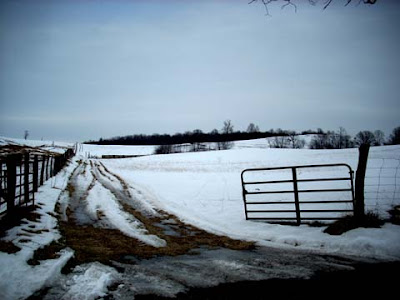 Swoope in western Augusta County is made up of large tracts of farm land. VAST rocket club was given permission to launch on 500 acres of land.

Chuck Neff, President of the Valley AeroSpace Team, provided the exact location of the launch site:

BZA Map that we submitted with our SUP Application.

If you stretch it out to a one (1) mile radius (with an area equal to approximately 2,010 acrea), the total number of occupied dwellings increases to approximately twenty (20), but that is still only a density of one (1) home per 100 acres of property.

Here's an image taken from the VAST launch range location facing toward the East. This next one is facing South. Here's one looking West and the last one to the North.

Here's one of the Gates leading into the site that VAST used for 14 months (with no problems).

This is another picture taken of the range area from Livick Road. In both cases, the range is over 1,400 feet from the road. The equipment trailer and porta-john are barely visible. How could the Augusta County Board of Zoning Appeals say this just isn't the right location for rocket launching?

So how did a group of boys with their advisors, using land with permission of the landowner, end up being shut down by Augusta County and end up in Augusta County court?