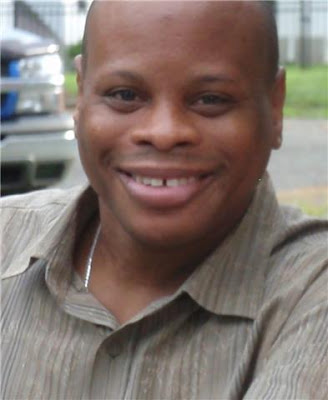 The Tea Party Express caravan, which features two 45-foot coaches, several RVs/motorhomes, minivans, SUVs, motorcycles, and passenger vehicles, will travel from August 28 to September 12 on a mission to unify, educate, and most importantly, encourage Americans to continue their opposition of deficit spending, government-run healthcare, and irresponsible bailouts.

The tour will culminate with the massive “9/12 March on Washington” event organized by a group of influential grassroots organizations.

The Tea Party Express is proud to announce that Mr. Kenneth Gladney will be joining the nationwide Tea Party tour hosting 35 rallies across the country, set to launch this Friday, August 28.

Kenneth Gladney didn’t expect to be the victim of an angry mob when he went to a town hall meeting hosted by Rep. Russ Carnahan (D-Missouri). While selling "Don't Tread on Me" flags outside the town hall forum, he was physically and verbally attacked by members of the Service Employees International Union (SEIU), who knocked Gladney to the ground and proceeded to punch and kick him.

Mr. Gladney joins the Tea Party Express to continue exercising his free speech rights guaranteed by the First Amendment. He will encourage attendees at the tea party rallies to also exercise their own free speech rights and to contribute to the dialogue about the important policy issues now facing Americans.

“Kenneth Gladney was attacked for doing nothing more than exercising his right to free speech and engage in commerce. These are fundamental American rights that all of us should cherish and protect,” said Deborah Johns, Vice Chairman of the Our Country Deserves Better Committee which is organizing the “Tea Party Express.” Ms. Johns is also a Marine Mom, whose son, William, is currently serving in the United States Marines including multiple tours of duty in the War on Terror.

“My son has served multiple tours of duty overseas in the War on Terror. He has risked his life so that all Americans may retain the rights our Founding Fathers intended for them. However, some of President Obama’s supporters - who once argued that dissent is patriotic – now show zero tolerance for anyone not advocating complete support for the President’s big-government agenda,” said Ms. Johns.

“If President Obama’s supporters think they can use violence to silence the backlash against his policies of tax-spend-bailout, they are sadly mistaken. We are all Kenneth Gladney, and we at the Tea Party Express will stand with him and his right to speak his mind without fear of violence or intimidation,” said Johns.

The Tea Party Express supports patriots like Mr. Gladney, and is delighted to welcome him aboard the tour. Mr. Gladney will join the tour in Las Vegas, Nevada, on August 31st, and continue on to the grand finale event – a March on Washington on September 12, 2009.

To get more information about joining the "Tea Party Express" or to schedule an interview with a representative from the tour, please contact Levi Russell at (509) 979-6615 or via email at: Levi@FrontLineStrat.com.

I know, I KNOW, that we should refrain from violence during any of these activities - town halls, tea parties, rallies, etc. BUT - I will tell you that Obama's goons have ONE and only ONE shot at putting their hands on me, and then the "game is on."

I would expect that SEIU, ACORN, MoveOn, and other groups will be in attendance in D.C. for the 9/12 march, and I would also expect them to try and start something. Make sure everyone has cameras to record the incident(s), but I will NOT back down to a bunch of thugs. Just my own $.02.

We are all going to be prepared and ready for these thugs. I do not believe in violence but if they pick on people like Kenneth if I am there I will right on top of them...I will get some of them where it hurts.

Our Patriot fathers spilt their blood for our freedom and I am ready to do same if they attach us.

We've been getting regular updates on the TPE plans. It's really exciting. Too bad they don't come near south central VA, though.

However, my husband may have to be in D.C. the day before and if so he's going to stay over and attend the demo.

We've been to both Ch'ville tea parties. Stayed all teh way thru that freezing time in April.

Thanks for putting up this post. When I finally get mine done (closer to the 28th), I'll link this post.

The TPE attemtp at collecting funds for the TV ad would be far more successful if:

a) There was some explanation about how much of the money would go to ads, and how much to Pelosi-style benefits;
b) some explanation why so much data is required. Do you need employer name and number because it's the law or are you just curious?

One other suggestion to TPE organizers. I know you're working your butts off for our benefit. I think you've done a great job.

I'm glad the media is covering this. To be honest, though, when I picture a couple buses, some RVs and a few stragglers forming a caravan it doesn't sound that impressive for a video clip. It will be easy for the Keith Oberman's of the world to use that image, even if you just came from a rally of 10,000, to try to make it seem like a small fringe movement.

I'd suggest that you ask ALL ATTENDEES at a rally to join you for a few miles as you leave town. It would take a little staging but if everyone TURNED ON THEIR HEADLIGHTS and followed the buses out of town in an orderly fashion it would make for much better local and national TV footage.

Let's face it. The video drives the story. The rally will give them some. A long line of cars going down a highway would make a powerful image!

My wife and I are coming from San Diego and pick up my sister from Vacaville to attend the Sacramento Tea Party Express rally at the Capitol. Boy, are we excited! We are professional, peaceful and prayerful protestors and are praying for the safety and success of the Express. Mike and Olga Miller