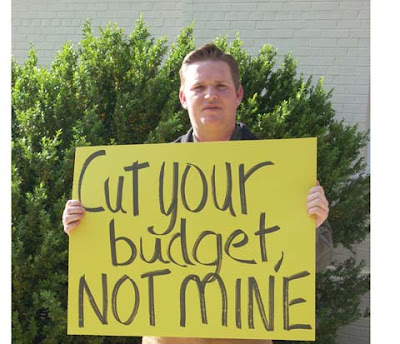 Tim Kaine thinks he knows what's best for your pocketbook. Virginia Conservative Action Committee PAC (V-CAP) joins the growing list of organizations, groups, and individuals who believe Tim Kaine is wrong on his proposal to raise taxes for transportation.

In 2002, voters in Northern Virginia and Hampton Roads said no to raising regional sales taxes. June 23rd, Tim Kaine wants to hold a special session to tell those same voters that Richmond knows what's best for them and impose a tax twice the size as the one rejected.

Tim Kaine and the Democrats need to be reminded that the voters have already said no once before.

VCAP has worked hard through the years to hold our elected officials accountable for their actions. Now more than ever elected officials in Richmond need to be reminded this June 23rd that Virginia's working families have already said no to regional tax increases.

In the six years since Virginia's working families said no to regional tax increases, government spending has increased 40%. Tim Kaine and the Democrats in Richmond don't think that is enough.

When faced with a housing crisis, Tim Kaine proposes to make it harder for you to sell your home and DECREASE its value at the same time.

When faced with an economic downturn, Tim Kaine proposes to make it more expensive for you to buy the basic goods your family needs.

Tim Kaine and Democrats in Richmond have declared war on Virginia's working families and VCAP is working hard to help our Conservative leaders in Richmond fight back. But we can't do it without you.

Tim Kaine and the Democrats in Richmond already take too much hard earned money out of the pockets of Virginia's working families. Now is the time to say no more.