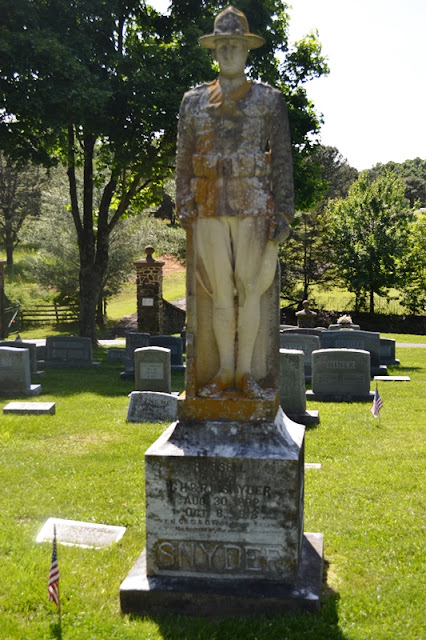 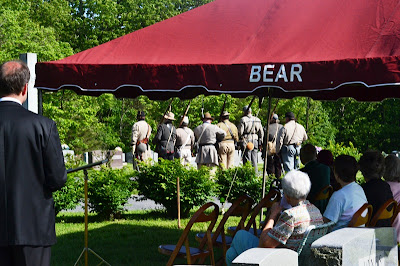 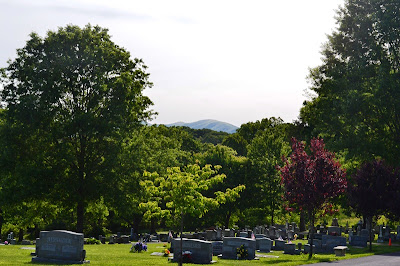 It was a peaceful setting with the Appalachian Mountains of western Augusta County in the background as a warm breeze blew on the bright sunny day. 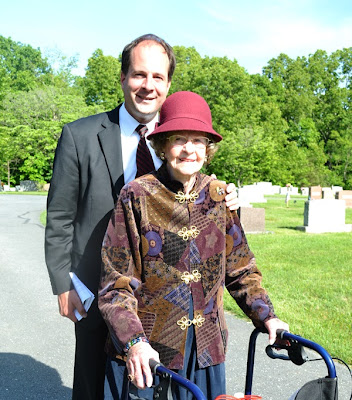 Will Bear and Charlotte Young.
Mrs. Young and the Churchville Christian ladies hosted the event each year. Since disbanding, Mrs. Young has carried on with the help of Will who carried out her vision of the event, and presided over the ceremony. 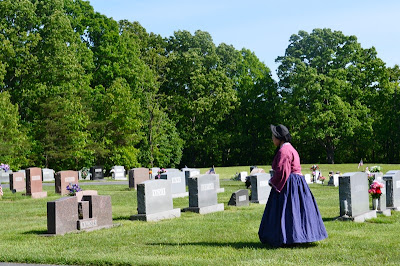 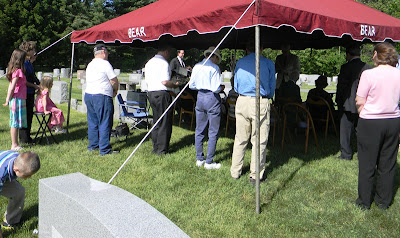 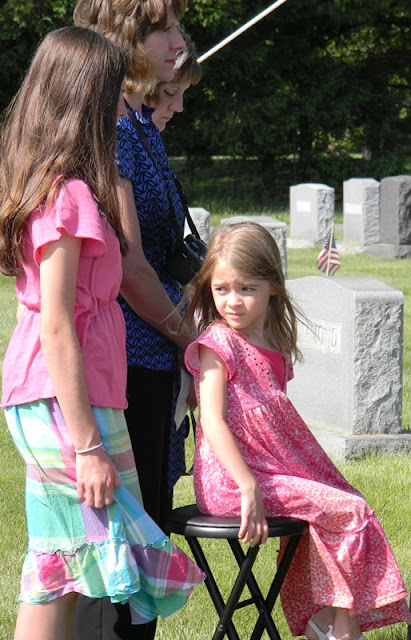 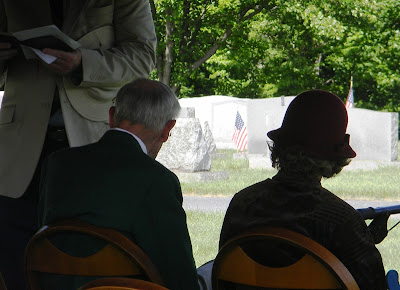 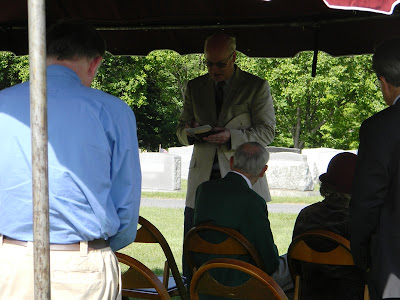 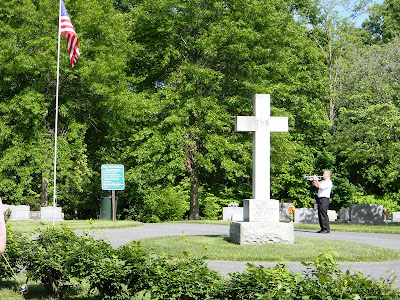 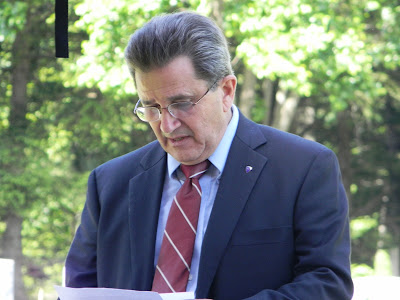 Churchville resident Enrique Mencia may have been born in Cuba but he appreciates the freedom offered in his adopted country and the small Virginia town where he lives. On Sunday, he shared the restrictive government history of Cuba, honoring Armed Forces members who died protecting the freedom enjoyed by Mr. Mencia and other Americans.

He took time to tell of Cubans' quest for freedom and the sacrifices made by many throughout the years, including Americans, to stand up for Cuban citizens. When Cuba was overtaken by Fidel Castro in 1959, the first mandate was the absolute surrender of all privately owned firearms which essentially left residents helpless. It was a reminder that we have much to be grateful for in this country. His remarks are below. 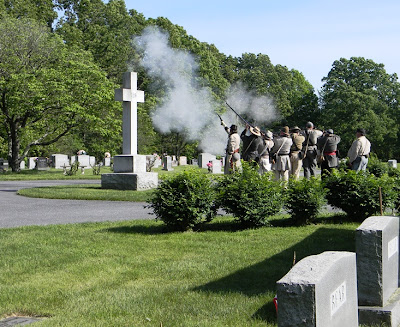 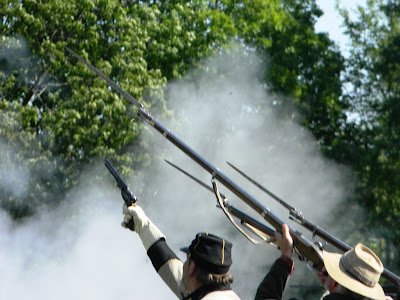 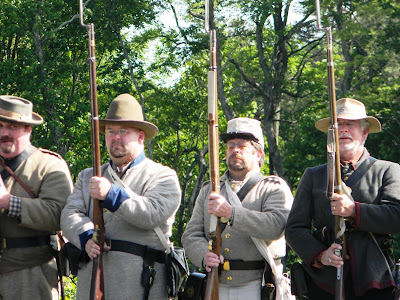 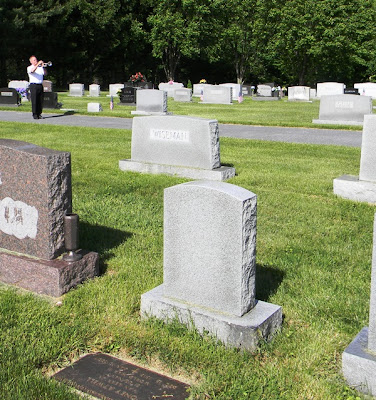 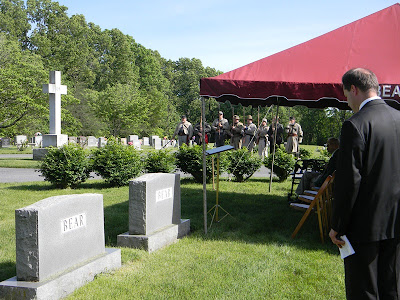 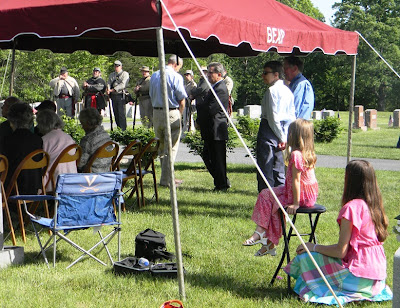 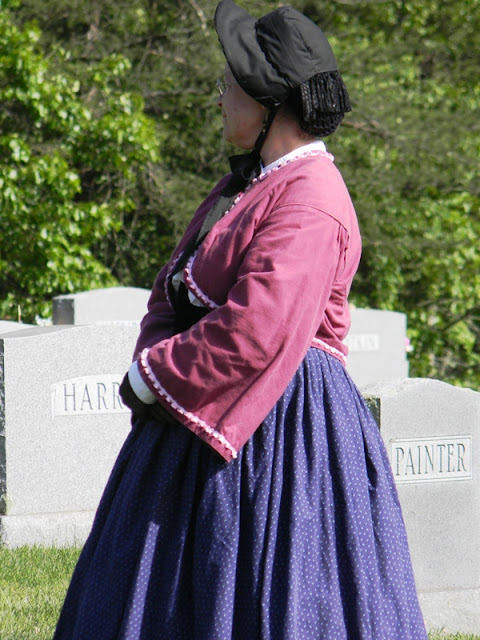 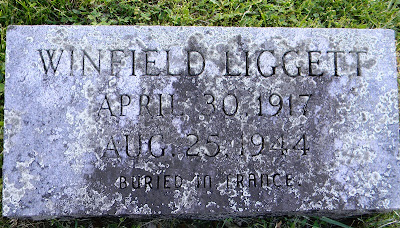 A casualty of World War II, he is buried in France but a headstone in Churchville is a reminder of this native son. 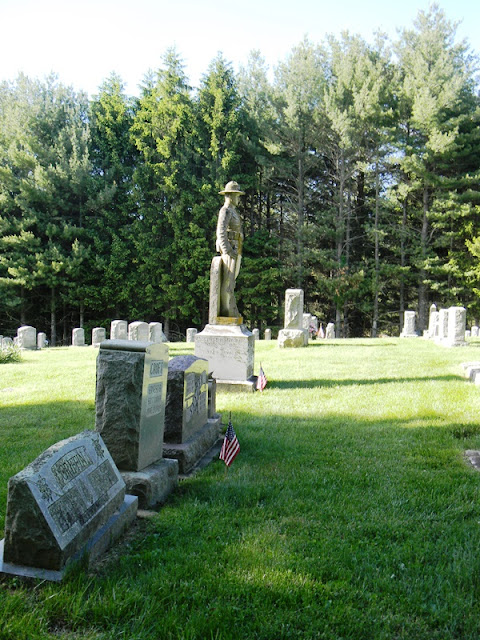 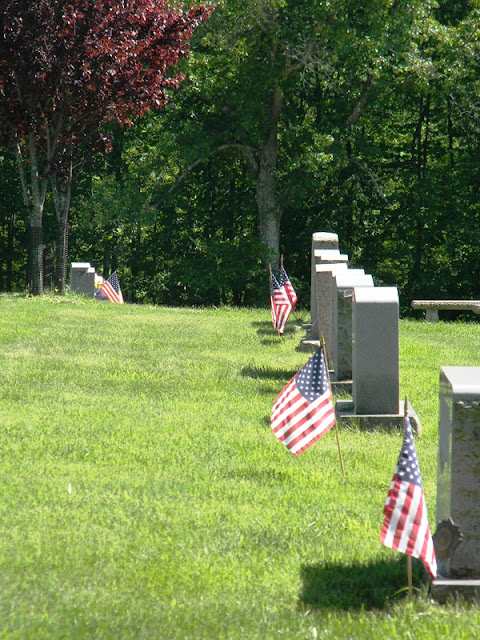 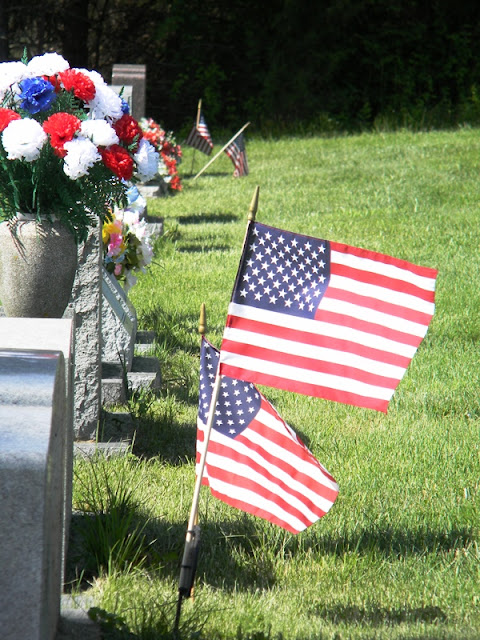 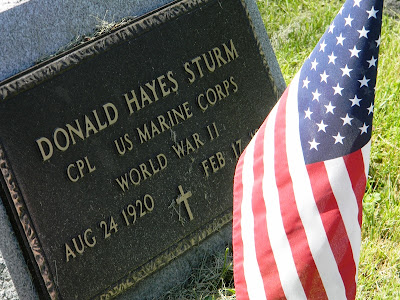 I got a phone call last week while out of town from Augusta County's Will Bear with an invitation to join the Churchville community for a Memorial Day commemorative service in Green Hill Cemetery. "If I'm back in town," I told him, not sure when we would return. Will, who co-owns Bear Funeral Home with his family, was helping Mrs. Charlotte Young carry on the tradition that had been hosted by the Churchville Christian ladies before their group disbanded.

Sunday turned out to be a beautiful sunny day with temperatures in the low 70s so I headed to Churchville and turned onto the winding country road that led to the cemetery. Crossing a small stream, I stopped on the bridge to take a picture of the peaceful-looking creek with wildflowers blooming on its banks, and then continued along the shady lane with blooming blackberry vines on both sides. I arrived early, wanting to get a feel for where the ceremony would take place since Will had offered that I could take photos. The only person there when I arrived was Will who had set up an awning, chairs, podium, and was ready with programs for guests.

He pointed out a spot to park, and then I walked back down the drive to where he stood in the shade of the ancient oak trees. His knowledge and memory of the cemetery is amazing although, after the ceremony, he referred to his dad's incredible memory on some questions about the location of particular tombstones.

The next to arrive was Enrique Mencia, the guest speaker, who was driving Mrs. Young, his across-the-street neighbor in "downtown" Churchville. Others filtered in including members of the Fifth Virginia Infantry who hurried to Churchville from Staunton's Thornrose Cemetery where they had participated at that annual service at the Confederate memorial.

Everyone gathered for the small but solemn Churchville ceremony in a beautiful rural setting with the Appalachian Mountains as a backdrop, appreciative of an opportunity to honor those who paid the ultimate price for our freedom. After 30 minutes, it was over. It had included Taps and the National Anthem from bugler Bill Brooks who grew up in the area and, though he lives in Washington, D.C. and is a lawyer at his day job, attends both the Thornrose and Churchville ceremonies every year to bugle in memory of fallen Armed Forces members.

It also included remarks of faith from Reverend Reed Hopkins, the Pledge of Allegiance led by Bob Watson from the Churchville Ruritan Club, and all was led by Will. As I drove home afterward with the sun lowering in the western sky, I was grateful to have had the opportunity to join my neighbors.

Why is Memorial Day important to the Cuban-American population? Because it is a day to remember those who died in the different wars or conflicts, not only in your own country, but in other countries as well, helping to liberate the general population from oppression and injustice.

Cuba is situated in a strategic position at the entrance to the Gulf of Mexico, 180 miles south of Florida, and was discovered by Christopher Columbus in 1492. Guanatanamo Naval Base is located in the southern part of the most eastern province of the country.

1868-1900: The Cubans were fighting to liberate themselves from Spain. Teddy Roosevelt and his "Rough Riders" came to help, which culminated with the defeat of the Spanish troops. This took place around the area where the Guantanamo Naval Base was constructed.

1902: The Cuban independence was achieved becoming a Republican with its own flag and code of arms. Right about this time, the sinking of the U.S. battleship Maine took place where many died. It had been sent to ensure the transition into an independent and free country.

1/1/59: Castro takes over Cuba and the first mandate was the absolute surrender of all privately owned firearms, ensuring the absolute control of the country politically, militarily, and economically. If nobody but the government has firearms, it is easy for it to eventually "slave" the people.

1961: The Bay of Pigs attempted invasion by the Cuban Freedom fighters, to free the country from a communist liar, Fidel Castro. Their honorable but futile heroic efforts brought to many an early death unnecessarily. The landing site was intentionally changed in the last minute from deep water where the landing site would have been close to the mainland, to a very low and swampy three miles from shore. It was an absolute massacre, and few made it to shore.

Of late, we have had Sarajevo, and the Gulf Wars, which encompass Iraq, Pakistan, Afghanistan, etc., where many continue to be crippled or killed deefending and trying to implement human rights and democracy.

Memorial Day is a day of mourning, to be forever honored and remembered since it represents the day in which a nation, the U.S., and others like it, are and always will be honoring their dead patriots and heroes. These are men, women, and children at times, whose souls still live and their heroic actions represent the freedom that we have today, a freedom that we will defend forever.