Could Democrats lose it all in November? 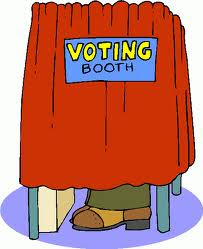 Indications from many sources continue to suggest that November could be a sledge-hammer-to-the-forehead election for Democrats. Political pundits have watched as poll numbers have worsened even during this "summer of recovery," as it was billed by Democratic President Barack Obama ... but there appears to be no recovery in sight.

Democrat cheer leaders began the summer by publicly dismissing the doom-and-gloom predictions as they tried to rally the troops and Democratic candidates even as the President's approval rating dipped to 46% and three-quarters of those polled disapproved of Congress.

That "summer of recovery" has turned into the Summer of Economic Discontent, according to Michael Boskin, an economics professor at Stanford University, who wrote in the Wall Street Journal:

The Obama administration's "summer of recovery" has morphed into a summer of economic discontent amid anxiety over the weakening economy. The greater than 4% growth and less than 8% unemployment envisioned by the president's economic team are nowhere to be seen. Almost everything that is supposed to be up—the economic growth rate, the stock market, bond yields—is down. And almost everything that is supposed to be down—unemployment-insurance claims, new mortgage delinquencies—is up.

The rosy outlook Democrats had at the beginning of summer is not so rosy in September as some begin to realize they may be hit with a November landslide. Sean Trende wrote in Real Clear Politics:

There has been a flurry of political stories in recent weeks about the electoral difficulties Democrats face this fall. It seems Washington is finally catching on to the fact that the Democrats' hold on the House is in dire jeopardy, and that a 1994-style, 52-seat pickup is a real possibility.

"November is coming," as many like to point out. Things haven't worked out quite the way liberals thought they would, as noted by Michael Barone, senior political analyst at the Washington Examiner, who pointed out:

Scads of liberals gleefully predicted that the financial crisis and deep recession would destroy Americans' faith in markets and increase their confidence in Big Government. Many conservatives gloomily feared they were right.

Hasn't happened. If anything, public opinion has moved in the other direction, with most Americans rejecting the stimulus package and the health care bill, denying that government action is needed to address global warming, expressing negative feelings about labor unions.

Perhaps the most telling of all is from within the Obama administration itself. Dana Milbank at the Washington Post attended Wednesday's lunch at the National Press Club featuring the farewell speech of the departing Christina Romer, chairman of President Obama's Council of Economic Advisers. As Milbank described, Romer dished up indigestion for many with her report on the economy:

She had no idea how bad the economic collapse would be. She still doesn't understand exactly why it was so bad. The response to the collapse was inadequate. And she doesn't have much of an idea about how to fix things.

As soon as Obama was sworn in, Democrats pushed, shoved, and strong-armed their progressive agenda through Congress at break-neck speed, spending taxpayer money at a rate voters had not seen before. It was too much, too fast -- and alarmed Americans took action a mere two months into Obama's term by publicly protesting on the streets, something rarely seen in conservative ranks until 2009.

Perhaps the straw that broke the camel's back was the overwhelming, overreaching government-controlled health care reform bill, popularly called ObamaCare, that was passed in March. Over 2,000 pages long, the bill had not been read by many of the very Democrats who were pushing for its passage, an admittance that did not sit well with Americans who had been brought up to "read the fine print."

Questions from an alarmed electorate brought only dodging and weaving from Democrats, many who refused to hold town hall meetings or respond to phone calls from worried constituents who were arrogantly told they would learn the details after the bill was passed.

Late-night marathon sessions gave the appearance of brow-beating with the House passing the bill on Christmas Eve 2009 and the Senate confirming in March. The vote for ObamaCare, against the wishes of the majority of American taxpayers, proved to be the end of some political careers.

Because of multi-issue discontent, conventional thinking indicated Republicans would pick up the majority in the U.S. House of Representatives with conservative estimates of 47-52 seats going to the GOP. The new twist in November's elections is that a number of political pundits are now suggesting the U.S. Senate, once thought to be safely in Democratic hands, could also fall into Republican control. The GOP needs 10 seats and all estimates are giving them a relatively solid 8-seat gain with the possibility of one or two more. Republicans are also expected to add to their gubernatorial numbers with 6-8 pick-ups.

University of Virginia political professor and guru Larry Sabato sees a trend in past elections that suggests this could be another historic November:

If the Republican wave on November 2 is as large as some polls are suggesting it may be, then the surprise on election night could be a full GOP takeover. Since World War II, the House of Representatives has flipped parties on six occasions (1946, 1948, 1952, 1954, 1994, and 2006). Every time, the Senate flipped too, even when it had not been predicted to do so.

How could Barack Obama, the darling of the left who swept into office in 2008, fall so far so fast? Byron York, chief political correspondent for the Washington Examiner, looked at how the Democrats threw away their advantage over the GOP:

Many political observers were stunned by the new Gallup poll showing the Republican party with a 10-point advantage in the so-called "generic ballot" question. Now we have a better idea how that happened.

According to new, more detailed Gallup numbers, Democratic advantages on issues like health care, the economy, and handling corruption in government have simply disappeared. Democratic leads that were enormous when the party took control of Congress in 2006 have dwindled to nothing or have now become Republican advantages.

His article goes much more into detail, a good read for trying to understand what happened to the Democratic majority in Congress.

As America slips into the fall campaign season, a few Democrats cling to the hope that the outcome for their side will be better than predicted. However, others see the handwriting on the wall even as they study the polls and look at past elections and, perhaps most telling, as they look at the mood of America. November is coming and for Democrats that may spell disaster.