'I Heard the Bells On Christmas Day' ... remembering our U.S. troops around the world 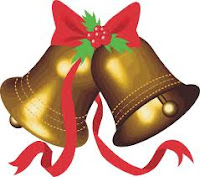 My dad, who passed away in 1975, was a U.S. Navy veteran who served on the USS Wisconsin during World War II. He was 19 years old when he went to war. Later in his life, while I was growing up, he was a Sunday School teacher for 12-year-old boys in our church.

Dad's favorite Christmas hymn was, "I Heard the Bells On Christmas Day," because his service during the war had made the words even more meaningful to him. I think of him every year when this song is played.

For Henry Wadsworth Longfellow, the words of the song came from personal tragedy, as heard in the narrative by actor Ed Herman with music from the Mormon Tabernacle Choir. This year, in the wake of the Connecticut school shooting and the loss of so many children, the words are even more poignant to a mourning nation.

Our military men and women are working this Christmas, many far from home and away from their families. Let us remember those currently deployed to Afghanistan and other places around the world as well as here on the homeland who protect our freedoms and keep us safe.

This is in memory of my Dad, and for all our military members, past and present.


I Heard the Bells On Christmas Day
Henry Wadsworth Longfellow (1863)

I heard the bells on Christmas day
Their old familiar carols play,
And wild and sweet the words repeat
Of peace on earth, good will to men.

And thought how, as the day had come,
The belfries of all Christendom
Had rolled along the unbroken song
Of peace on earth, good will to men.

Till ringing, singing on its way
The world revolved from night to day,
A voice, a chime, a chant sublime
Of peace on earth, good will to men.

Then pealed the bells more loud and deep:
“God is not dead, nor doth He sleep;
The wrong shall fail, the right prevail
With peace on earth, good will to men.”