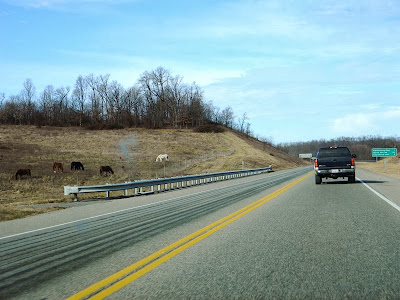 The Rt. 262 bypass around Staunton was being treated this morning as VDOT put down anti-freezing fluids on the roadways preparing for incoming wintry weather that could include snow, ice, and freezing rain. By this afternoon, both sides of the road had been done as well as many other main thoroughfares around Staunton, Waynesboro, and Augusta County. 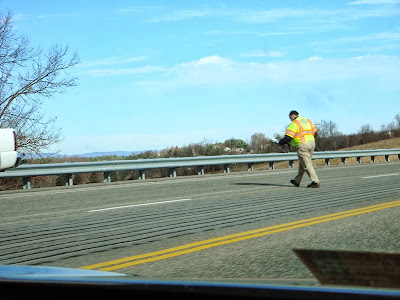 This VDOT worker was retrieving trash from the middle of the road. Keeping us safe ... many thanks for VDOT and the men and women who make our highways and byways safe all year round but especially during winter. It looks like they will have their hands full the next 24 hours.