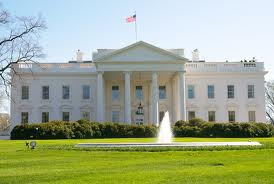 The Twin Towers had been attacked by airplanes an hour earlier ... Pan Am Flight 77 had flown into the Pentagon ... and now United Flight 93 was being followed on radar flying toward Washington, D.C. No one was aware of the struggle going on inside that aircraft as passengers, aware of terrorism attacks earlier that morning, vowed to storm the cockpit and avoid whatever disaster the terrorist pilots had in mind.

The White House was evacuated at 9:45. Employees were urgently directed by Secret Service to leave the building and, as the evacuation was under way, it was stepped up as shouts told them to get away from the White House and Old Executive Office Building as fast as they could. Women took off their shoes and ran in their stocking feet out the White House grounds and onto the street and down the sidewalk. One of them was my sister.

Flight 93 would go down at 10:06 a.m. taking the brave souls with it who prevented further national tragedy. May we never forget the herorism of those on Flight 93.