The magic of 6 million lights at Christmas Town in Williamsburg 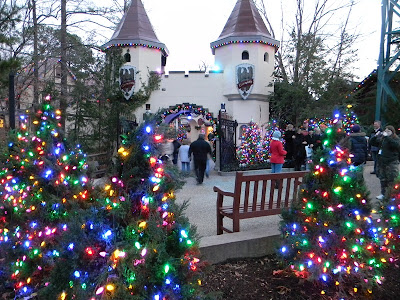 Christmas Town at Busch Gardens in Williamsburg ... a magical wonderland of more than six million lights, music, shows, rides, games, and the scent of hundreds of lighted evergreen trees throughout the grounds. 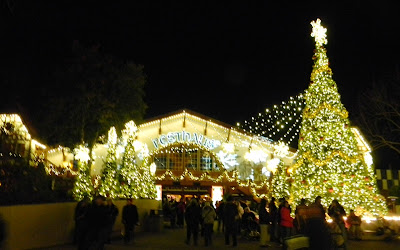 "O Tannenbaum" ... 50-foot Christmas tree in front of Das Festhaus that was programmed with music and lights to perform every 30-40 minutes. YouTube video here. 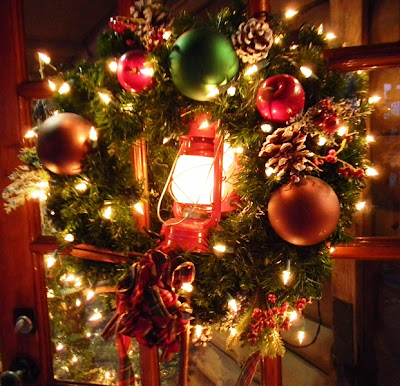 A variety of wreaths were everywhere. This rustic one was in New France aka French Canada. 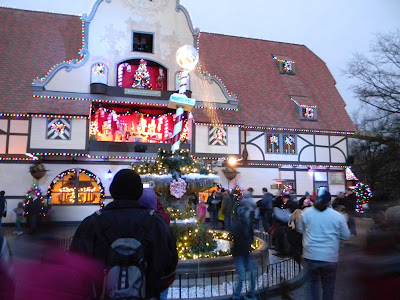 The North Pole in Germany ... "snow" drifted down on everyone. 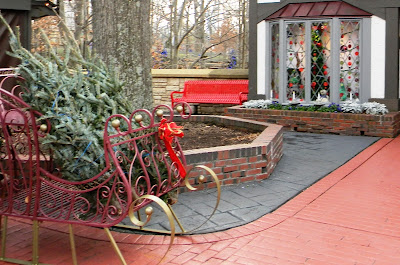 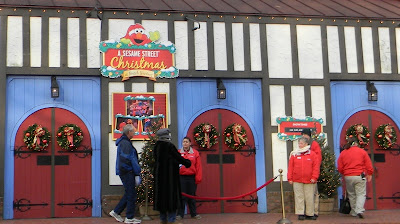 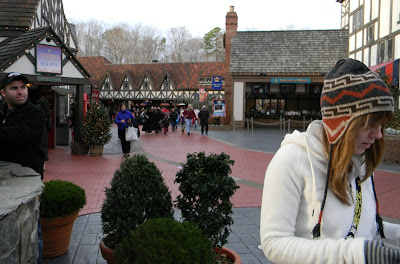 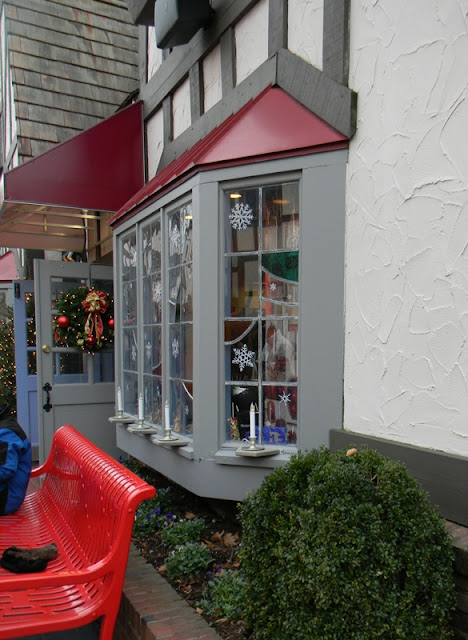 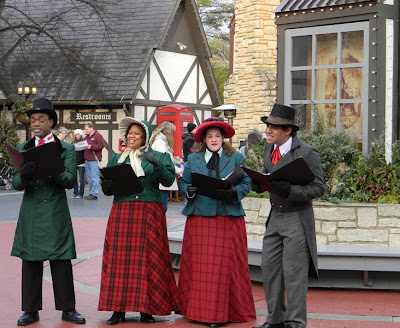 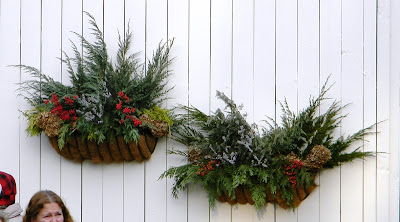 These natural window boxes were in Scotland. The decor was beautiful throughout the park. 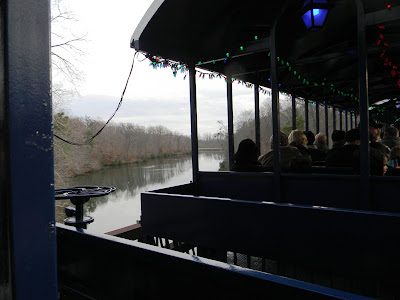 The train crosses the Rhine River aka the James. 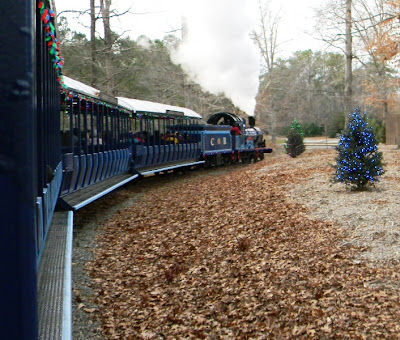 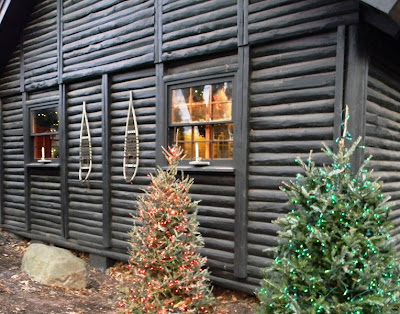 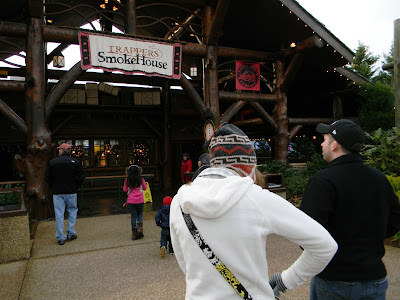 Dinner at the Smoke House. Heated enclosed dining tents were set up near eating areas to offer respite from the cold December air. 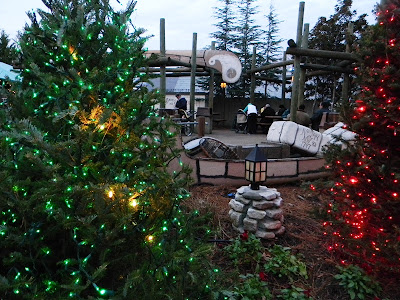 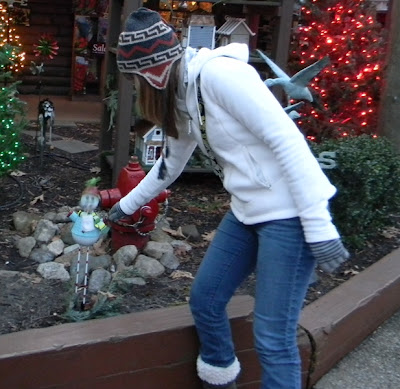 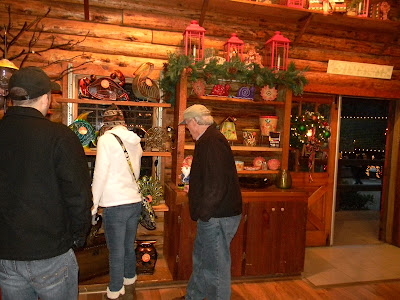 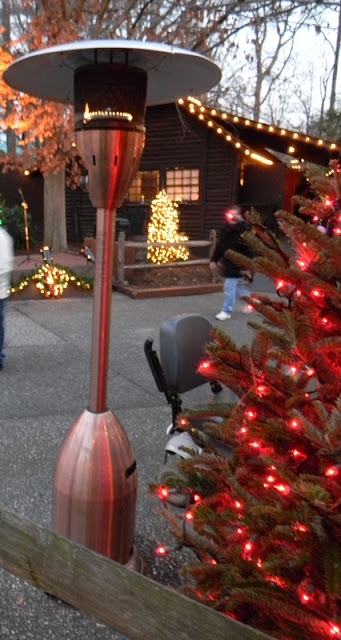 These heat lamps were everywhere so there were plenty of chances to warm up. 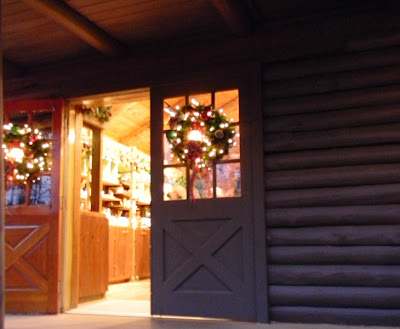 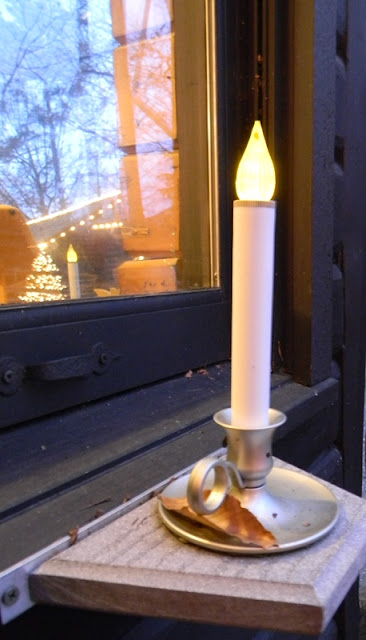 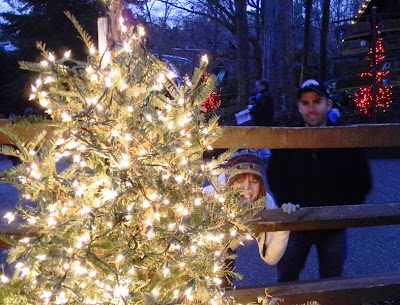 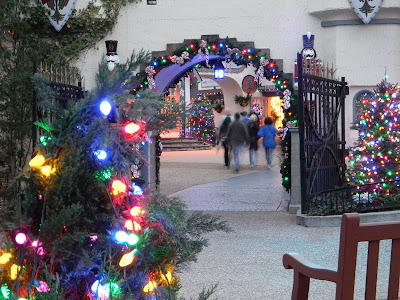 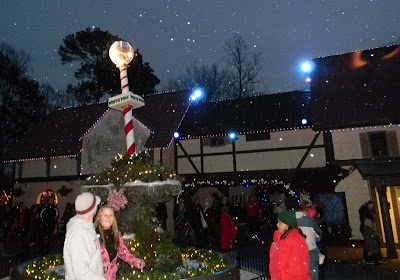 See the "snow" in the air around the North Pole? 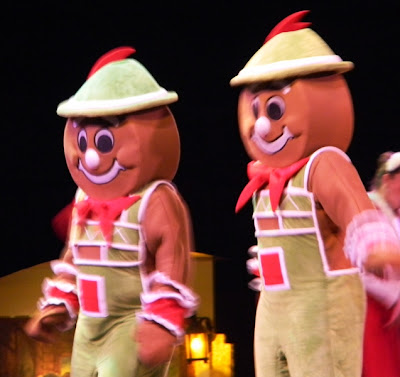 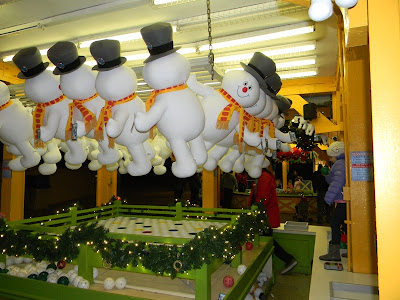 Win the game, win a Frosty the Snowman. 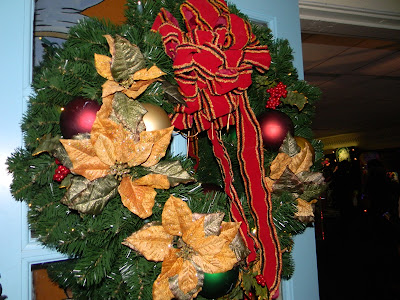