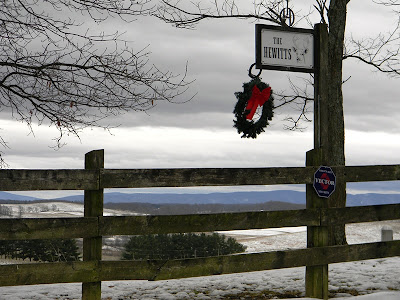 New Year's Day 2012. Last year we spent the day on Skyline Drive but since it was closed from the snow and ice of last week, we decided to take a drive on the back roads of a snowy western Augusta County, Virginia. This area had received 4-6" of snow and ice the day after Christmas and, with cold temperatures, much of it was still on the ground almost a week later. 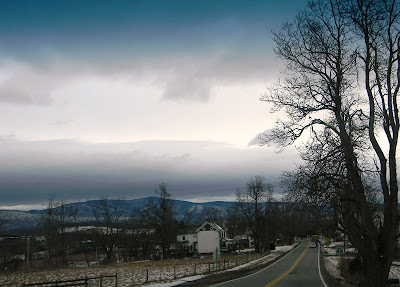 Rt. 42 west of Staunton on this overcast day headed toward Buffalo Gap and the Appalachians. 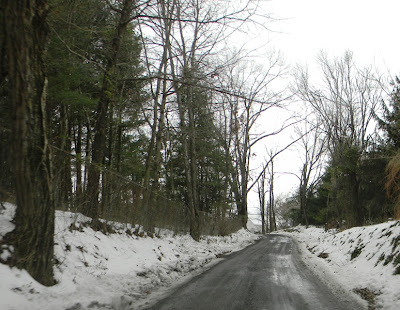 A gravel road in Swoope. 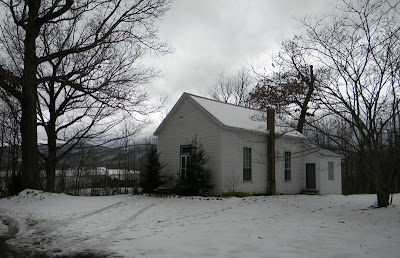 Swoope Chapel sits in an icy landscape against the backdrop of the Appalachian Mountains. 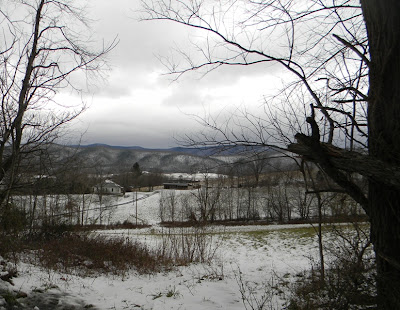 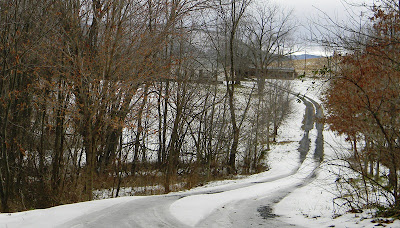 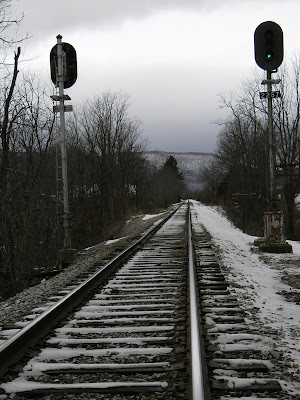 Railroad tracks west of Staunton are used by Amtrak and freight trains. This is the Swoope crossing looking toward Buffalo Gap ... 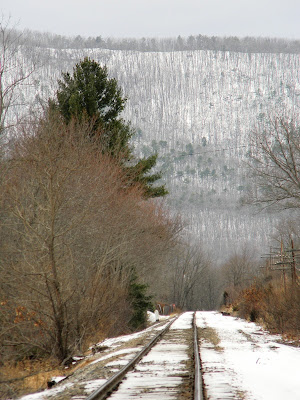 ... where the tracks go through the gap and continue southwest toward West Virginia. 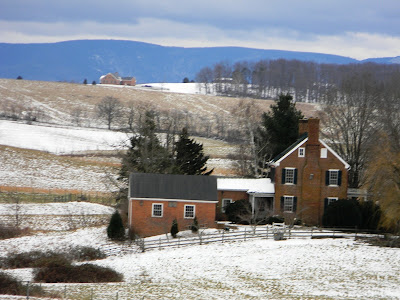 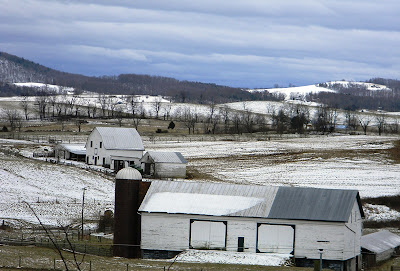 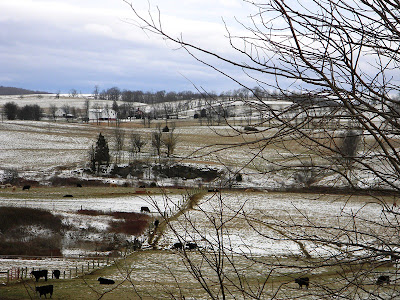 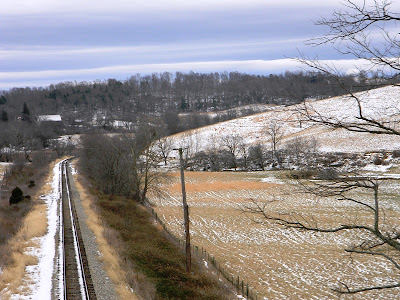 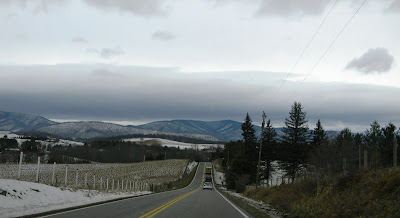 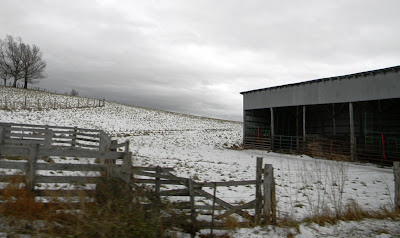 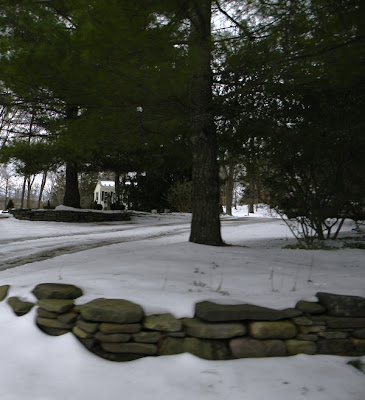 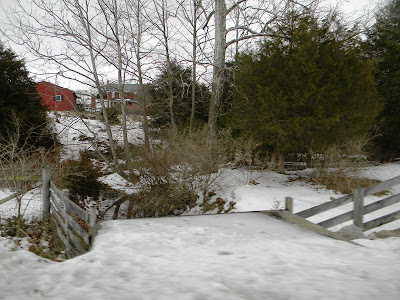 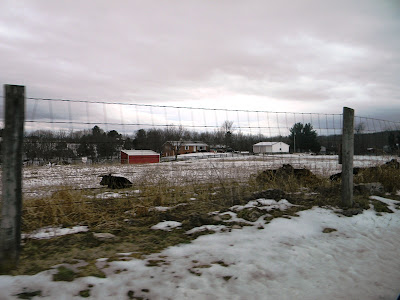 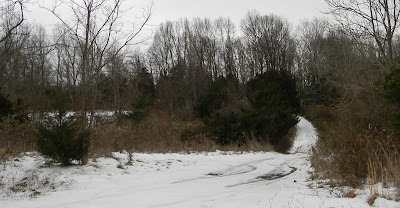 A nearby neighbor's driveway. 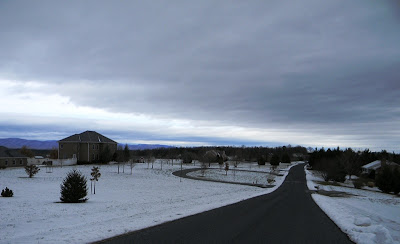 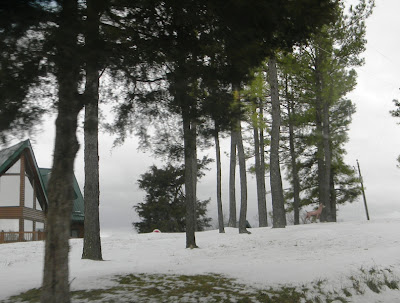 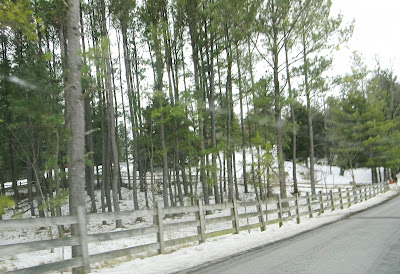 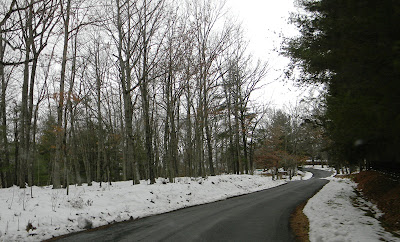 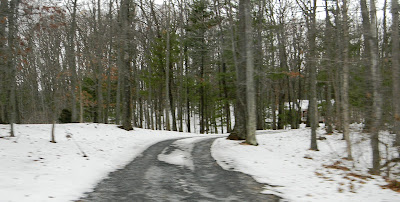 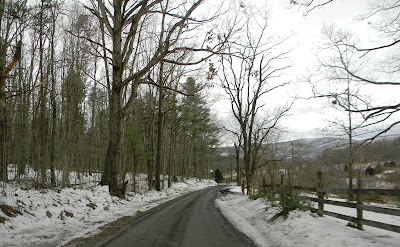