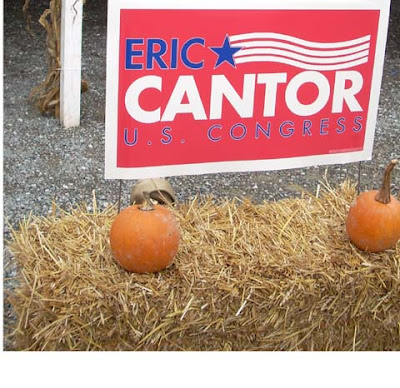 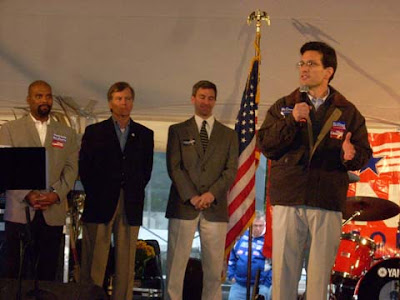 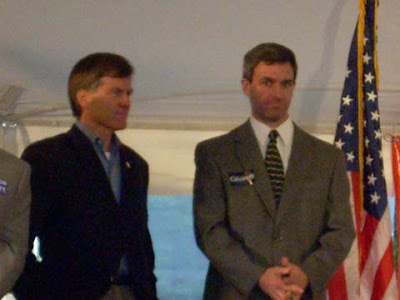 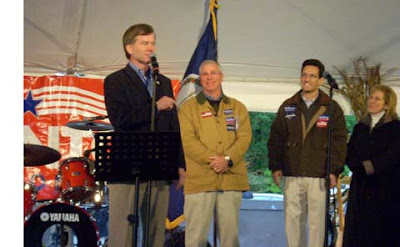 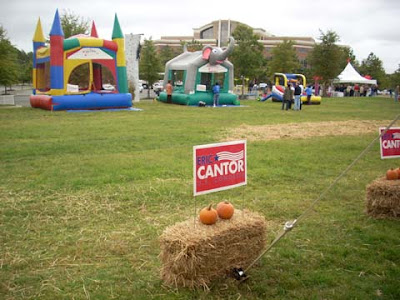 Bouncy-bounces were ready for children in this photo taken 30 minutes before beginning of event. 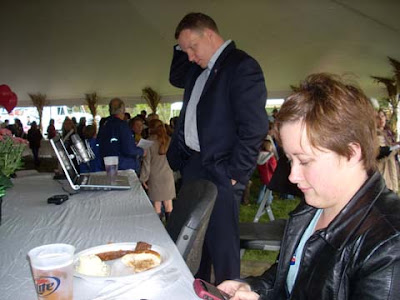 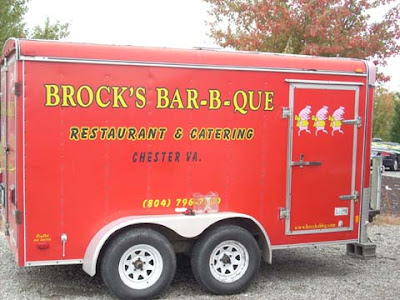 The 2009 Republican ticket was out in force for Saturday's 5th annual Republican Round-Up hosted by Congressman Eric Cantor (R-7th CD) and the 7th Congressional District Republican Committee. Lt. Gov. Bill Bolling missed the event for the first time since its beginning but all Bob McDonnell and Ken Cuccinelli were on board along with various 7th District candidates.

With close to 5,000 RSVPs, the cool weather and overcast skies kept the crowd down to around 4,000 which was still an exceptional turnout.

Volunteers were everywhere helping with sign-in and manning tables under tents. The set-up was once again an impressive site with a huge white tent under which rows of tables and chairs were lined up in front of the stage where Royal Blue, a band out of the Shenandoah Valley, played familiar tunes to entertain the crowd. Some fancy-footed folks even took to dancing in front of the stage ... others rocked to the music from their seats.

Entertainment was everywhere with lots for the little ones from bouncy-bounces to a miniature train that carried passengers around the grounds to a merry-go-round to a rock climbing wall and more. There was the balloon lady who made balloon characters for the little ones, face painting, and caricature drawings. GOP jewelry by Bretis was for sale as well as other Republican items, and candidates had booths set up with supplies for those who needed them.

Bloggers Row was set up with tables, chairs, and electrical outlets at the rear of the tent on a raised platform with an excellent view of the stage. Jim Hoeft from Bearing Drift was already in place when I arrived; Krystle from Crystal Clear Conservative soon showed up as well as Rick Sincere and Tom White of Virginia Right! ... Cortland Putbrese, chairman of RPV's New Media Committee, was also there.

Brock's Barbecue Restaurant out of Chester was again the caterer with their signature BBQ, hotdogs, potato salad, baked beans, and cole slaw along with desserts and tea/lemonade. Good stuff! Nearby were tables of popcorn, cotton candy, beer, and wine.

The 7th Congressional District Chairman Linwood Cobb was happy with the event. "The big turnout on a cold day shows how excited Virginians are in supporting our statewide ticket," he said. "We must not get complacent because of the polls ... we need to finish the deal and work hard until 7:00 PM on November 3rd."

Many thanks to Rep. Eric Cantor and the 7th Congressional District Committee for their hospitality.