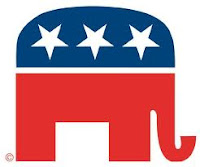 Voting is finished at the RNC winter meeting and the new chairman is Reince Priebus.

Reince Priebus is currently chairman of the Wisconsin Republican Party. He was also a former ally of Michael Steele, serving on his kitchen cabinet in the past but now appearing to be critical of RNC's leadership by declaring that he would run a tight ship, keeping expenses low and regaining the confidence of donors. His endorsements have come from Committeemen Alec Poitevint of Georgia and Henry Barbour of Mississippi as well as Illinois Republican Chairman Pat Brady.

Now it's time to get to work and bring the party together to elect Republicans and win against the Democrats. Thank you to former Chairman Michael Steele for his leadership and tireless energy the past two years.
Posted by Lynn R. Mitchell at 1/14/2011 05:26:00 PM