Bottled water off the "banned" list for VA government 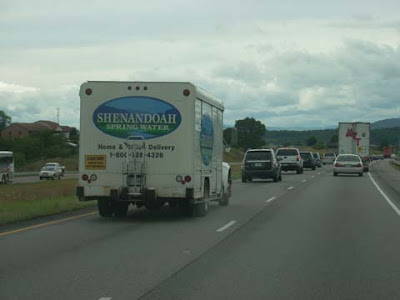 However, Republican Governor Bob McDonnell washed away that ruling and, while retaining many of Kaine's previous suggestions, brought back bottled water to Virginia's government.

The hypocrisy of the Democrat protest is that liberals and environmental types were the ones who originally pushed water, water, water. "Stop drinking soft drinks ... drink water." The bottled water industry boomed as Americans made the "right" choice, purchasing bottled water for its convenience.

Scenario: State agency orders boxed lunches for a meeting. Said boxed lunch comes with a beverage which, before Kaine, could be bottled water. During Kaine it became bottled soda. Under McDonnell, it now goes back to a choice of bottled water. The plastic bottle is there one way or the other, and the water has been deemed by the Food Police to be better for consumers. Why are libs twisting themselves up like pretzels in their indignation of the McDonnell choice of beverage?

Former state delegate and Shenandoah Valley Water Company executive Chris Saxman of Staunton rode the wave of increased interest in water. According to the Richmond Times-Dispatch:

Chris Saxman, a former member of the House of Delegates, works for his family business, Shenandoah Valley Water Co., which distributes beverages, including water. He says they encourage recycling and balks at Kaine's singling out of water bottles over soda bottles. He questions whether the curtailment made any difference to the environment.

Virginia, he said, is a "very good bottled water market, there's no question." The International Bottled Water Association claimed that the industry had a direct economic impact in 2009 of 3,719 jobs in bottling, wholesale and retail sales, and more than $1 million in wages and spending in Virginia.

Sometimes there are pitchers of water available, sometimes bottled water works better. This allows each agency to make the best decision for their situation, and that's a good thing. Seems the ones involved should be able to make the choice, not some environmental do-gooders who want a "one size fits all" policy.
Posted by Lynn R. Mitchell at 7/12/2010 09:25:00 AM