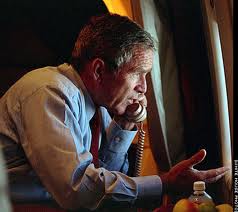 
The National Geographic Channel will broadcast the hour-long interview on Aug. 28 as part of a week of programs on the cable network called "Remembering 9/11'' that mark the 10th anniversary of the attacks.

"Freedom itself was attacked this morning by a faceless coward, and freedom will be defended."
- President George W. Bush, 9/11/01 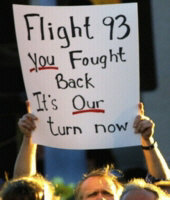 Thank you George W. Bush, for your clear minded courage in the face of never before experienced terror. I know we will be years restoring our economy, but it was worth it. Defending freedom...was worth it.