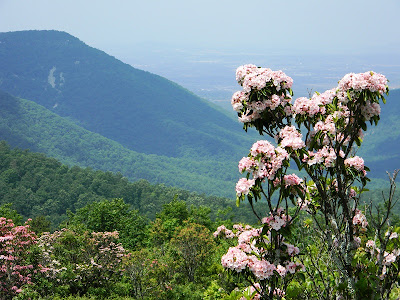 There's a country song by Diamond Rio called "One More Day" ... and every time I hear that song I think of my dad. It has been years since cancer took him from us and, yet, a word or song or thought can bring me to my knees as I continue to feel the loss of a man I admired and respected and miss to this day.

He was a simple man, the oldest of five children growing up in Amelia County, Virginia ... a child of the Depression who quit school after eighth grade to help support his financially-strapped family.

According to many pundits today, he should have felt sorry for himself and given up on life or blamed society. But he didn't. He served in the U.S. Navy during World War II, traveling to exotic places around the South Pacific as a gunner on the USS Wisconsin. He came home to Chesterfield County, Virginia, after the war, settled down, married, and raised three daughters. He wasn't the CEO of some company ... but to us he was more.

He was funny, easy-going, and hard to anger ... but when he angered, look out. He was a stern disciplinarian who had a thundering velvet hand when we had misbehaved. He was a deacon in our church and a Sunday school teacher for most of his adult life. He played baseball on his company's team, and he taught us the game.

My dad loved to camp in the Shenandoah National Park along the Skyline Drive. My parents couldn't afford pricey vacations so they took us to the mountains from the time we were young. Dad was a naturalist before it became fashionable. He was mindful of nature, teaching his girls to leave the flowers so others who went behind us could enjoy. He taught us to pack out our trash, be respectful of the animals who lived there, and enjoy that beautiful part of Virginia.

We still enjoy that beautiful part of Virginia. At the age of one, my parents took me for my first camping trip to Big Meadows Campground ... and we've been at it ever since ... and living in the shadow of the Blue Ridge Mountains is a dream come true.

Though not physically with me, I carry his memory and honor him by remembering and practicing what he taught all those years ago.

And that's why the Diamond Rio song can bring me to tears in a heartbeat ... if I could have just one more day with him it would be sitting around a campfire in Shenandoah National Park ... one more time.

"One More Day"
By Diamond Rio

Last night I had a crazy dream
A wish was granted just for me, it could be for anything.
I didn't ask for money or a mansion in Malibu,
I simply wished for one more day with you.

One more day, one more time...
One more sunset, maybe I'd be satisfied.
But then again, I know what it would do
Leave me wishin' still for one more day with you.

First thing I'd do is pray for time to crawl,
I'd unplug the telephone, keep the TV off,
I'd hold you every second and say a million "I love you's"...
That's what I'd do with one more day with you.

One more day, one more time...
One more sunset, maybe I'd be satisfied.
But then again, I know what it would do
Leave me wishin' still for one more day with you.