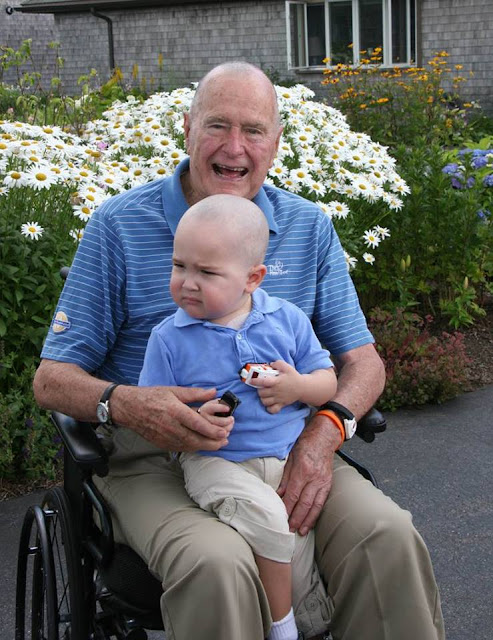 President George H.W. Bush, 89, and his entire security detail shaved their heads in solidarity with the two-year-old son of one of his security guys. That's loyalty, class, and love all rolled into one.... 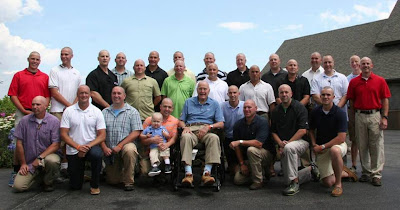 KENNEBUNKPORT, MAINE -- President George H. W. Bush this week joined members of his Secret Service detail in shaving his head to show his support for the two year-old son of a detail member who is being treated for leukemia and started losing his hair.

The 89 year-old commander-in-chief took the unusual step earlier this week after learning, and seeing, that many members of his security detail had already gone under the razor to show their support for young Patrick, whose father Jon is a member of the Bush Protective Division (BPD). (Surname being withheld per family's request.)

BPD members have also launched a website at www.patrickspals.org to assist with Patrick's medical bills, and organized the Inaugural Patrick's Pals Motorcycle Benefit Run on August 10th in Kennebunkport -- a 50-mile motorcycle ride through the Maine countryside followed by a lunch and silent auction to raise funds for Patrick's treatments.

Once President and Mrs. Bush learned of this "Patrick's Pals" effort, they made a donation and President Bush volunteered to shave his head as well. The Bushes lost their second child, Robin, to leukemia 60 years ago this October at the age of four.