Pick you own blueberries in Roseland, Va 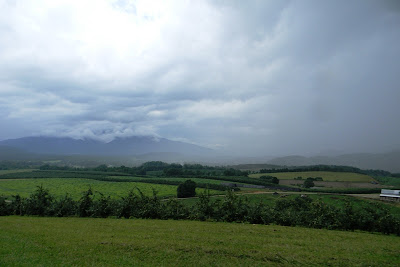 Overcast skies and cooler temperatures were perfect as my sister and I stopped by Seaman's Orchards to pick blueberries on Thursday. The mountains in the distance were fog-shrouded and beautiful as we gazed toward the Blue Ridge. 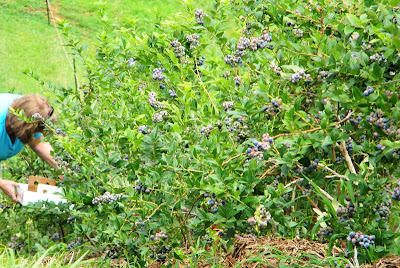 Blueberry bushes were loaded with ripe, plump berries that drew my sister like a moth to flame. In years past, it was a 4th of July tradition to pick blueberries on the Northern Neck of Virginia since our family spent that holiday with family who owned a summer home. The tradition died when they did and we sold the house and, thus, the beginning of new Independence Day traditions.

Along a ridge are apple and cherry trees as well as blueberries and strawberries. 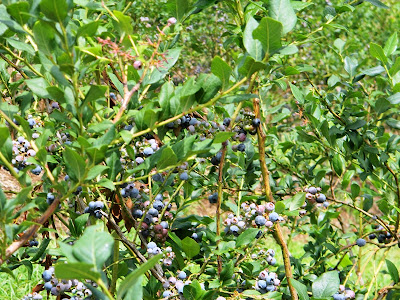 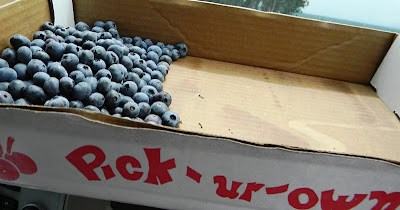 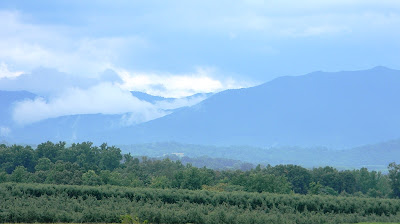 The scenic views are an added plus. 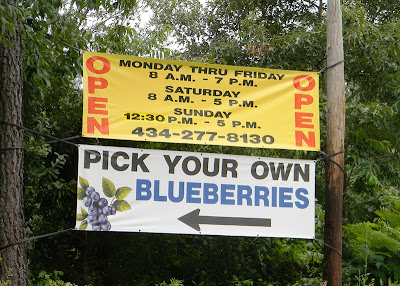 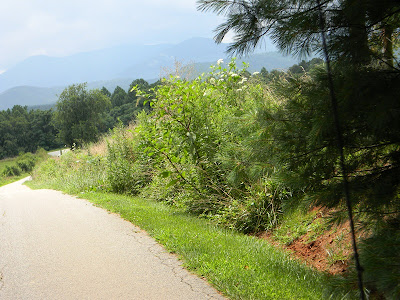 And then we headed toward the mountains in the distance to explore the hollows. 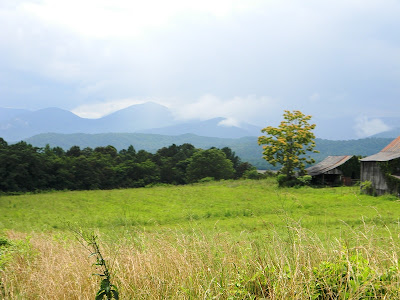