WaPost: 'Obama yet to leave a lasting legacy for Africa on the scale of Bush and Clinton' 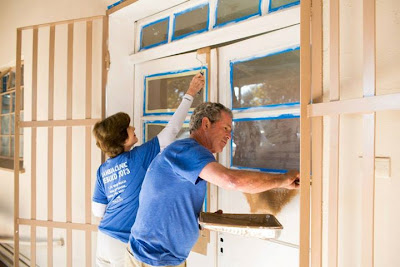 The pictures are all over Facebook showing Former President George W. Bush and wife Laura traveling Africa this week as they continue their humanitarian mission that began before leaving the White House four years ago.

Slowly but surely liberals have begrudingly had to admit GWB has played a large role in AIDs relief that has been credited with saving millions of lives. The Bushes have been instrumental in other global health advances, too, and are almost revered in that part of the world.

President Barack Obama? Not so much, and the Washington Post has noticed:


Presidents Bill Clinton and George W. Bush passed innovative Africa initiatives while in the White House and passionately continue their development work in the region in their presidential afterlife. Obama’s efforts here have not been so ambitious, despite his personal ties to the continent.

It must be a tad awkward for Obama to find himself in Bush's shadow after spending the first four years of his administration blaming his predecessor for everything that went wrong in America. The Post notes that Obama is five years into his administration and just now on a major tour of Africa, just the second time while President:


His first major tour of Africa as president is coming just now, in his fifth year, while Bush and Clinton are frequent fliers to Africa. Bush even will be in Dar es Salaam, Tanzania, next week at the same time as Obama, although they have no plans to meet. Instead, their wives plan to appear together at a summit on empowering African women organized by the George W. Bush Institute, with the former president in attendance.

The people of Africa had expected more from America's first black president after he told them in his first year, "I have the blood of Africa in me."

Meanwhile, Bill Clinton and George W. Bush captured the heart of Africa with work that continues to this day:


Clinton first drew extensive attention to Africa in 1998 when he made the longest trip ever by a U.S. president, with stops in six countries that had never before been visited by any occupant of the Oval Office. Bush’s trip this week is his third in 19 months to promote his Pink Ribbon Red Ribbon partnership to combat breast and cervical cancer in sub-Saharan Africa and Latin America. On this visit, he and his wife, Laura, plan to help renovate a cervical cancer screening and treatment clinic in Zambia before heading to Tanzania for the African First Ladies Summit advocating investment in programs for women and girls. 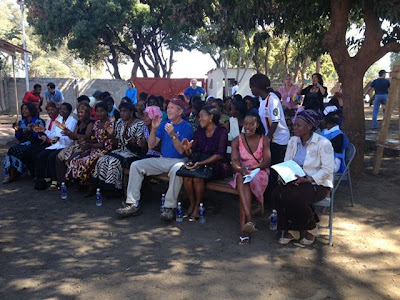 After a week of renovating, President and Mrs. Bush opened the Mosi-Oa-Tunya clinic, a cervical cancer facility in Livingstone, Zambia. Their trip demonstrates their continued commitment to the people of Africa through the work of the global health initiative at the George W. Bush Institute. June 30, 2013