The fall colors of Lake Moomaw 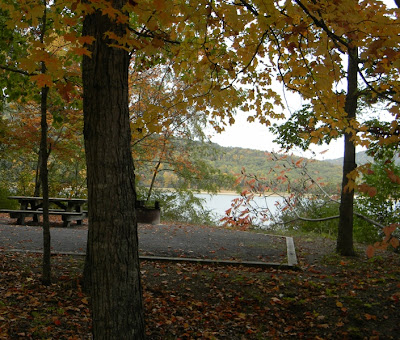 Fun camp times with friends have been had at Lake Moomaw. Boating, water skiing, fishing, swimming ... summer is an active time. But when fall rolls around and the crowds are gone, the leaf colors of red and gold reflect in the water and offers an opportunity to reflect in the quiet of the mountains of western Virginia. 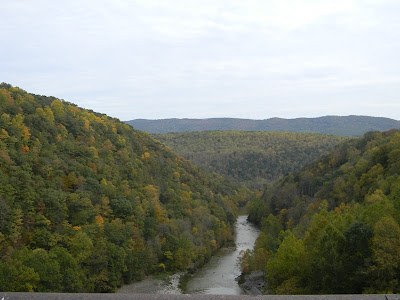 The Jackson River below the dam at Lake Moomaw. 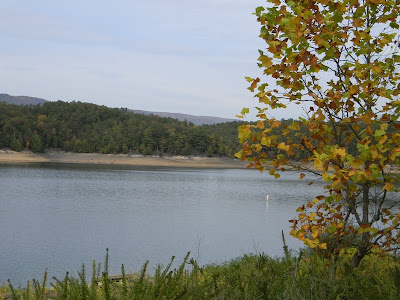 In the fall, there's only the occasional roar of a boat to break the silence. 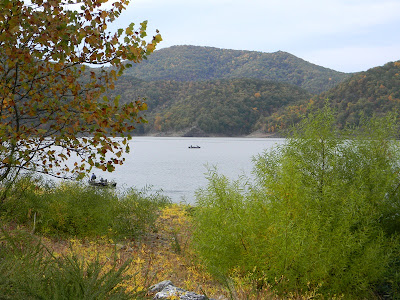 Fishing on an overcast autumn day. 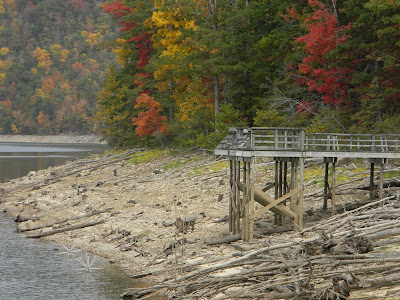 Every fall, water is released from the lake, lowering its levels in preparation of winter snow melting in the spring. This pier is a stark reminder that water levels were lowered in September. 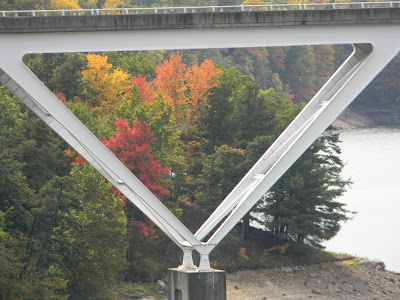 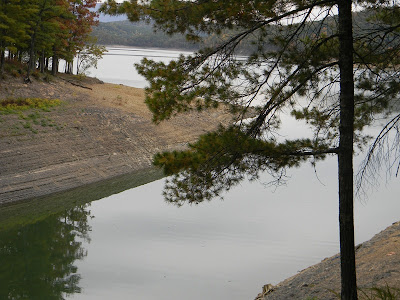 One of the coves after water levels were lowered. 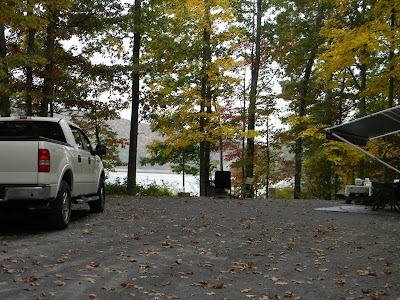 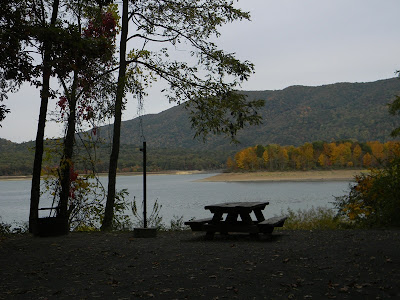 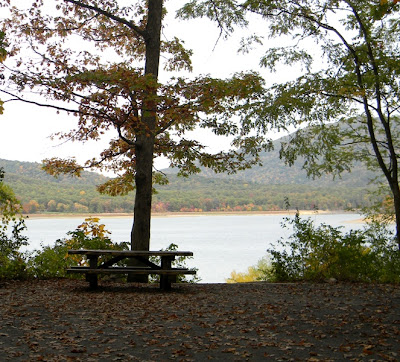 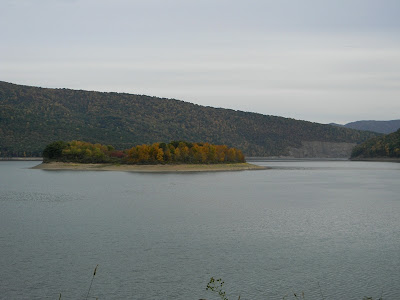 The island. Our kids and their friends have boated to the island during the summer and wandered its shore line. The autumn color of the leaves made it almost glow in the middle of the lake when we were there last week.
Sadly, in June of 1994, a family of five was boating on the lake when a thunderstorm rolled in. They took refuge on the island to ride out the storm but when lightning hit a tree, all five were killed instantly. The bodies were discovered the next day when someone noticed a boat tied up to the shore and went to investigate. I thought of that tragedy as I looked across at the island that had been the source of fun and adventure for so many on other summer afternoons.
Photos by Lynn R. Mitchell
October 2011
Posted by Lynn R. Mitchell at 10/16/2011 09:40:00 PM

Excellent photos. Seeing the photo of the lower water level was disappointing, but I'm happier to know in advance rather than be disappointed when I get there. Thanks for sharing.