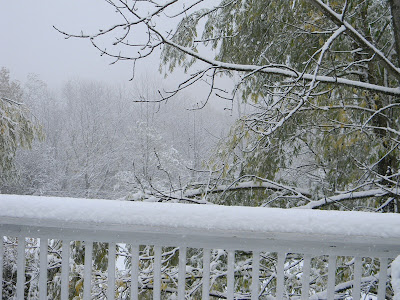 Our surprise October snowfall began Friday night, October 29th, and continued until mid-day on Saturday, October 30th. This was Saturday morning as the snow continued to fall, making an oxymoron out of the seasons as we enjoyed an autumn Winter Wonderland. 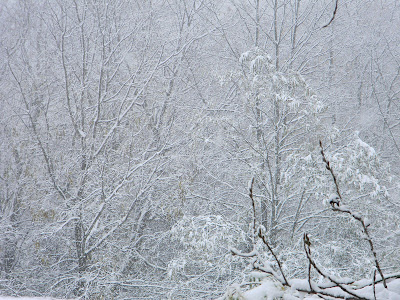 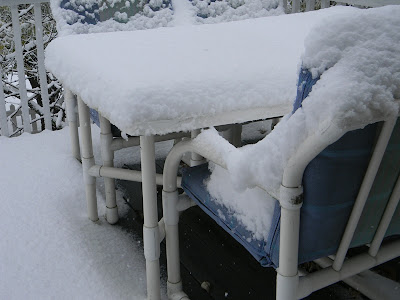 Our grand total was between 4-5" of snow in our central Shenandoah Valley, Va, location. 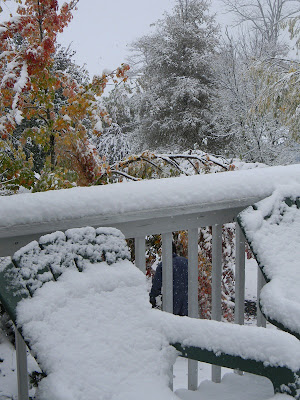 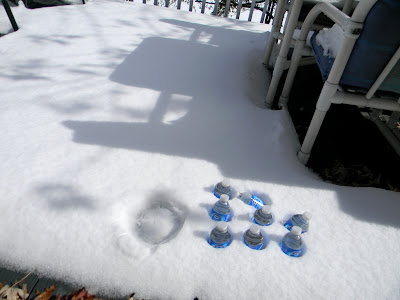 When the electricity went out, we packed drinking water bottles into the snow on the deck. 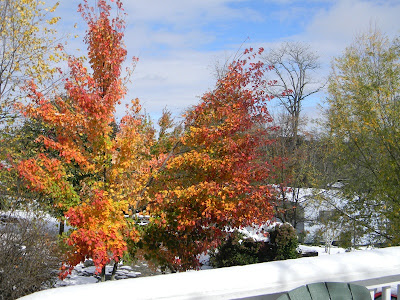 The colorful maple tree beside the deck was bent to the ground until SWAC Husband shook off the snow. 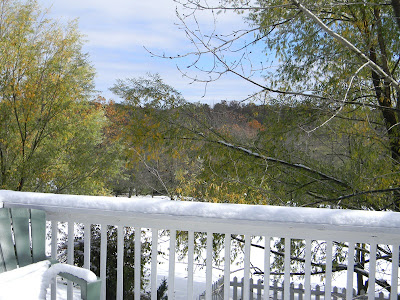 The sun came out and snow crystals twinkled. 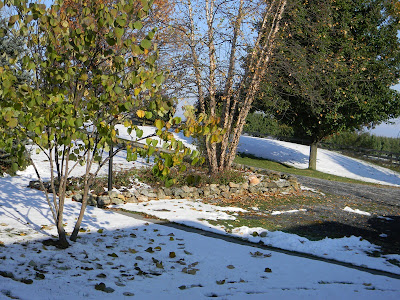 The snow and wind along with overnight temperatures that dropped into the mid 20s caused leaves to fall. 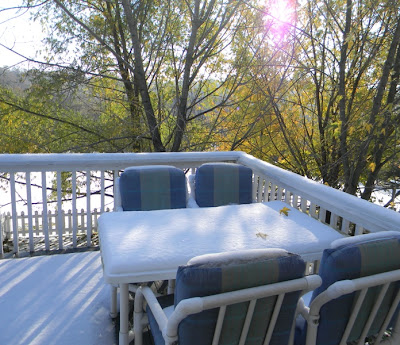 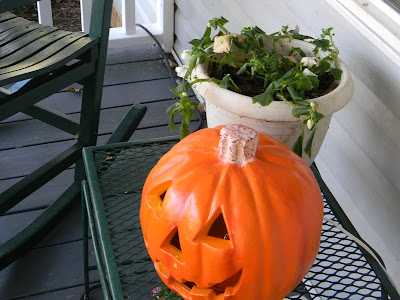 The snow didn't kill off the remaining outdoor flowers and plants. It was the hard freeze as the overnight lows dropped into the 20s, killing this impatient plant and finishing off the blooming season at our house. The vegetable garden is finished for the year as the last of the jalapeno peppers was harvested.
Photos by Lynn R. Mitchell
29-30 October 2011
Posted by Lynn R. Mitchell at 10/31/2011 01:50:00 PM

Email ThisBlogThis!Share to TwitterShare to FacebookShare to Pinterest
Labels: autumn in the Shenandoah Valley