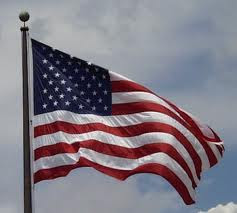 One of those local veterans is a quiet, unassuming gentleman, slightly stooped with graying hair. Until recently, few people knew that he had suffered life-threatening injuries during the Korean War.

Now in his 70s, Tom LaBerge (pronounced La-BARGE) does not like to bring attention to himself. That was very evident as he reluctantly gave in to my persistent prodding to talk about his service after a surprise presentation of  military medals in 2009 that had been long overdue. Four of his seven grown children had flown to Virginia for the event, and I had been invited to join them.

All those medals were impressive so I wanted to know the story behind them. Mr. LaBerge and I sat down at the kitchen table overlooking the back yard and and woods of his Shenandoah Valley home as his wife Millicent busied herself at the nearby counter preparing cookies and tea. She also helped coach the story from his sometimes reluctant lips.

During a night-time battle as the war raged with gunfire all around, LaBerge, who was taking cover at the top of the hill, was shot in the leg and as the battle continued around him he was again hit, this time by shrapnel that chewed up the other leg and embedded in his back. Nearby, a fellow soldier was also in bad shape with a broken arm and a leg badly injured from shrapnel.

In 2008, LaBerge's son-in-law did some research and discovered he was due a number of medals for his service and sacrifice for his country which led to the ceremony at the Armory with Congressman Goodlatte. The medals are proudly displayed in the LaBerge home and are a reminder that there are truly heroes among us.