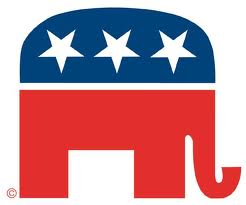 Hundreds of Republicans from across the Commonwealth will converge on the tiny western Virginia town of Hot Springs this weekend for the annual Donald Huffman Republican Advance at the Homestead Resort.

Grassroots leaders and activists will mingle with elected officials and big-money donors for workshops, hospitality suites, meetings, and hobnobbing. Small groups of GOPers will be seen sitting in various areas discussing political futures, past issues, upcoming races, analyzing the November races, and generally taking advantage of being in close proximity of so many from all corners of the state.

Governor Bob McDonnell will be there as keynote speaker at Saturday night's dinner. So will Lt. Governor Bill Bolling who will host the unique "Bowling with Bolling" hospitality suite from 9:00-midnight in the Homestead's bowling alley.

At last year's Advance, former Governor George Allen took over the hotel restaurant for a hospitality suite that was hopping all night while people wore "Draft George Allen" lapel stickers. What a difference a year makes ... this year he is running for the Republican nomination for U.S. Senate and will host an "A-Team Huddle" in the Homestead's Players Club on the lower level from 9-11 on Friday night.

Over a dozen bloggers from Virginia's conservative blogosphere will be posting photos, updates, interviews, and generally covering all parts of the weekend's activities. I'll be posting updates and photos as more information is available.