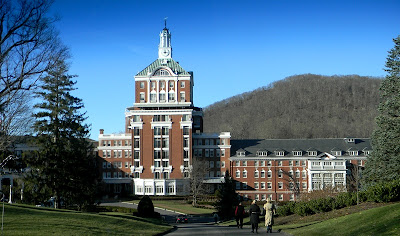 Later Lieutenant Governor Bill Bolling will host "Bowling with Bolling" at the Homestead bowling alley from 9-11.

Also headlining will be former Governor George Allen's "A-Team Huddle" in the Players Club from 9-11.

Others with hospitality suites tonight:

The complete lineup for the weekend can be found at RPV's website.