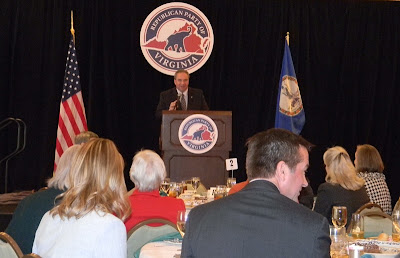 Bill Bolling's remarks at the 2011 Advance can be heard here.
Lieutenant Governor Bill Bolling addressed the room of 700 Republicans at Saturday's Advance lunch and, in typical Bolling style, he was upbeat and rallied the team to fight for conservative principles. He received a standing ovation from the crowd when introduced and touched on many subjects including the fact he would be the tie- breaker in the 2012 State Senate, laughing as he crooked his "tie-breaking" finger to a roar of approval and applause. 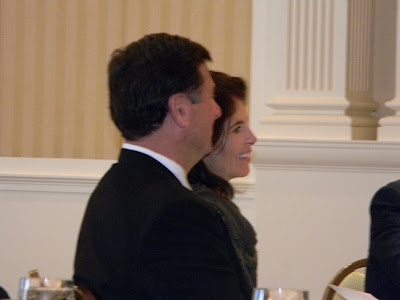 Susan and George Allen listen as the Lieutenant Governor speaks. 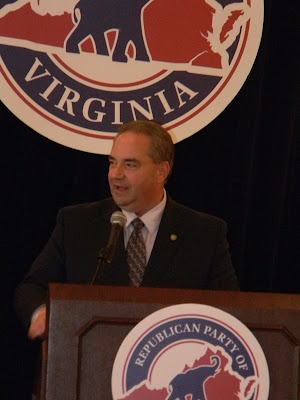 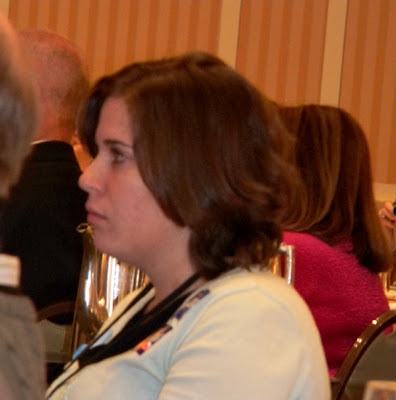 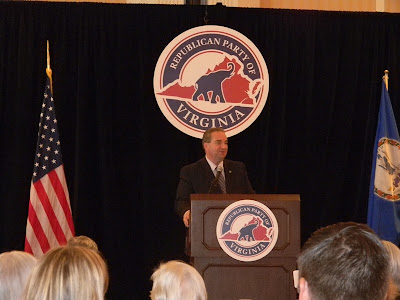 Toward the end of his remarks, he struck a more serious tone, noting that we cannot let ourselves become distracted or divided and commenting that this country is at a crossroads. He noted that in 1999 Democrats LG Doug Wilder and AG Mary Sue Terry came to an agreement that let Doug Wilder run and become the first African-American governor in America. Ten years later, in 2009, Bill Bolling stepped aside to allow Bob McDonnell to run for governor and avoid a party bloodbath. "We worked it out," he said, "and I think history proves it worked." Loud applause showed agreement. 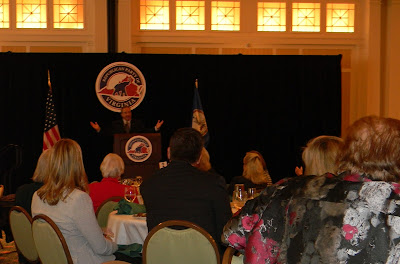 AG Ken Cuccinelli had announced the day before that he planned to run for Governor against Bill Bolling, and Bolling talked about the fact that there was a time when the 2013 election would not have trampled the 2012 election cycle that had just began. "What happens in 2012 is more important than what happens in 2013," he said to a standing ovation. 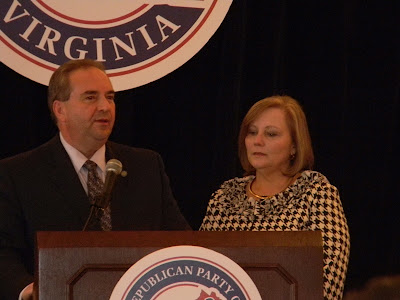 Asking his wife, Jean Ann, to join him on stage (he joked to her, "Want to hop up here?" to which she shook her head "no" and headed to the steps), the Lieutenant Governor became candid, baring his emotions with the crowd as he recalled the background he had come from in the coalfields and the opportunity to better his life and go places he never dreamed. His steady rock obviously is his wife as he laughed that she can build him up when he's down as sometimes happens in the rough world of politics ... but that she can also knock him back to reality if he needs it. His voice broke with emotion as he talked, and he thanked those in the room for their support throughout the years, leaving many wiping away tears. The remarks were inspirational, rallying, emotional, and vintage Bill Bolling who has spent years working for the people of Virginia. 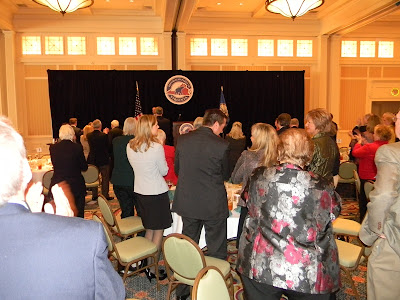 Another standing ovation followed his remarks as he and Jean Ann exited the stage, exhibiting once again that those two are a class act.
More Lynn R. Mitchell posts on Bill Bolling: