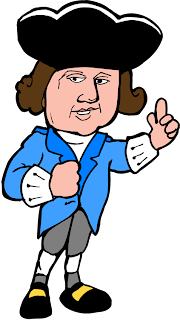 He betrayed his principles ... he betrayed his team ... he saw the Democrats had the upper hand and decided to save his hide and join them. Many are now calling him Benedict Specter.

Investors Business Daily called it like they saw it:

No one is falling for Specter's hand-wringing rationale that "since my election in 1980, as part of the Reagan Big Tent, the Republican Party has moved far to the right." He was just as uncomfortable with Reaganism back then as he is now, all along relishing his role as RINO — Republican In Name Only — whose vote was up for sale.
...
There has never been a more important time to temper the power being wielded in Washington, never a time when putting country before political ambition was so consequential. The system of economic freedom that built and sustains America is at stake, as are the fortunes of our children and grandchildren.

Thanks to Arlen Specter, that destructive power may now be absolute. Reserve a space for a new addition to history's Rogues' Gallery.

Everybody knows he did it because he was down 21% in the polls leading-up to the GOP primary for his seat- and Joey Pluggs made a deal with him- he already admitted as-such. The sad truth is that this hack has spent three decades in the Senate, while accomplishing little.

And Barack and him have a lot in common- as unprincipled political opportunists. I'm sure they'll get along just great.

Actually, I would vote for PHIL Spector over Arlen- seems like a more stable and trustworthy individual, lol.

Just a little over a month ago, the Senator said in an interview that he wouldn't switch parties due to the importance of checks and balances.

And back in 2001, Sen. Arlen Specter, then a Republican, proposed a rule forbidding party switches... her was upset when Vt Sen. Jim Jeffords’ left the GOP to become an independent.

Who knows what the truth is with this guy, you'll never get it from him.

With all due respect, Senator- don't let the door hit your butt on the way out. Nobody on our side's going to miss you.

Your description of Spector is right on! Apparently he is a true republican!