Americans for Prosperity: "Hands Off My Health Care" 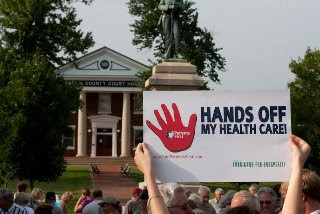 Americans for Prosperity-VA has launched a statewide bus tour to expose the truth about Obama’s Canadian-style health care. We hit the road Monday on our first leg traveling through much of Southside Virginia.

Our first stop was in Amelia Court House where we were joined by Delegate Tommy Wright and former Senator Eva Scott. Would you believe we had nearly 200 folks show up at 8 am before they headed off to work? We couldn’t believe it! This was our first clue to how big this tour was going to be. 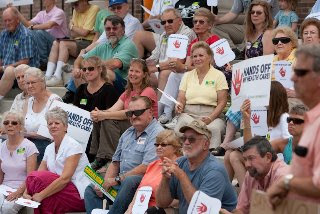 After Amelia, we got back on the road and headed West to Farmville where Senator Frank Ruff joined over a hundred of his constituents in welcoming us to his district. 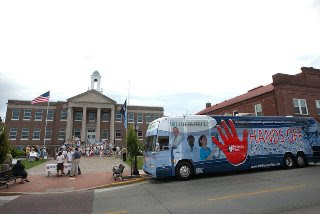 Next came South Boston, and let me tell you, the folks in South Boston know how to turn out! Amazingly, 368 citizens showed up signed our Hands Off My Health Care petition. 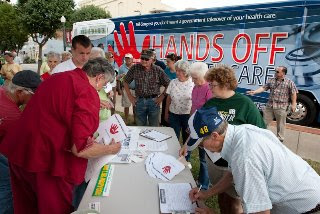 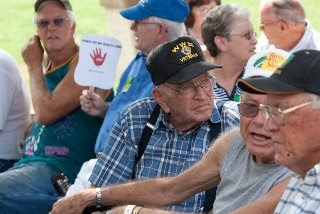 The last stop of the day was in Danville on the steps of the municipal building where Delegate Don Merricks joined us at what once again was a 100+ crowd. Click here for video highlights.

We’re in the midst of Day Two of what will be a six-day tour of Virginia. We will visit 26 localities and travel through many more. Today we’ll be in Martinsville, Hillsville, Wytheville and Bristol--less than 24 hours before President Obama shows up Bristol to try to give support to Senators Webb and Warner on this issue. They’re taking a beating, you know? And AFP is leading the charge. We’re taking this fight on the road and we’re going to win!

Email ThisBlogThis!Share to TwitterShare to FacebookShare to Pinterest
Labels: Americans for Prosperity-Virginia, no socialized medicine