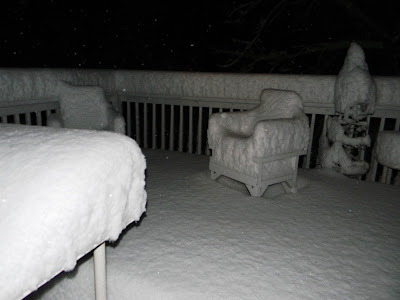 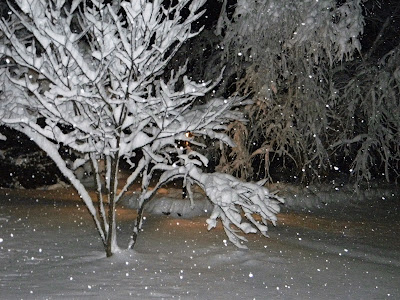 SWAC Husband just measured snow on the deck and we're at 11" and still coming down in our corner of Augusta County just west of Staunton. Power surges have continued but we still have electricity as of 6:00 a.m. The surge at 3:45 a.m. woke us both and we have been up since then watching weather news and scanning the internet, taking photos, and eating breakfast.

WHSV TV-3 local news came on at 5:00 but there was no signal from NBC-29 so I tweeted that info and got a response from their Shenandoah Valley bureau chief Ken Slack:


Meanwhile, heavy snow continues in our corner of Augusta County while power outages are being reported in the southeastern part of the county. NBC-29 is tweeting that power outages are currently reported in Central VA 7,500+ Dominion customers out, 5,000+ in Albemarle, and nearly 1,000 in cities of Charlottesville and Waynesboro. A power line was reported down in Staunton, and the electricity is out at a friend's house south of Staunton.

Our son-in-law, who has a degree in meteorology, has kept us updated from afar about the storm. Wonder if they are getting anything in Charlotte this morning? (Update: He texted to let me know it was 54 degrees and sunny today.) Knowing how I love snow, he passed along on Monday that NOAA had given us a 40 percent change of having more than 12 inches of the white precipitation. That prediction came true as we are now closing in on a foot of snow with no end in sight.

And the snow continues at the rate of more than an inch an hour. Thanks to VDOT, power company workers, and emergency responders and hospital personnel. This is a major storm ... their dedication is appreciated. Stay warm and be safe.... 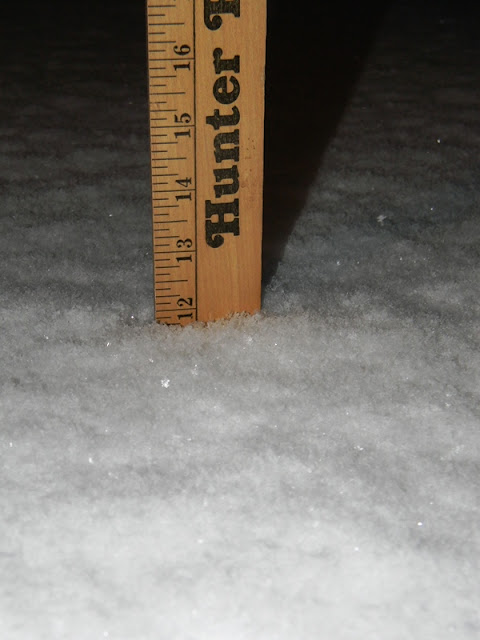 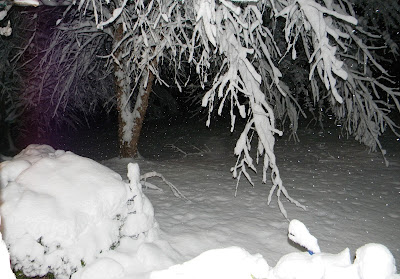