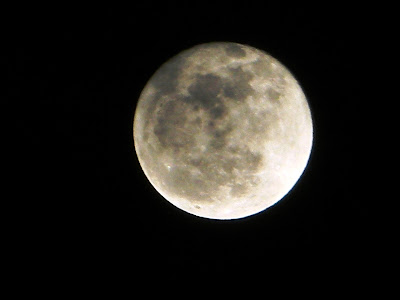 The March full moon, known as the Fall Sap Moon, as it rose tonight over the Blue Ridge Mountains.


The Farmers' Almanac says the March moon is known as the Full Sap Moon, marking the time of tapping maple trees. It was also known as the Full Crow Moon, when the cawing of crows signaled the end of winter, the Full Crust Moon because the snow cover becomes crusted from thawing by day and freezing at night, and the Full Worm Moon because as the temperature begins to warm and the ground begins to thaw, earthworm casts appear, heralding the return of the robins. To the settlers, it was also known as the Lenten Moon, and was considered to be the last full Moon of winter. 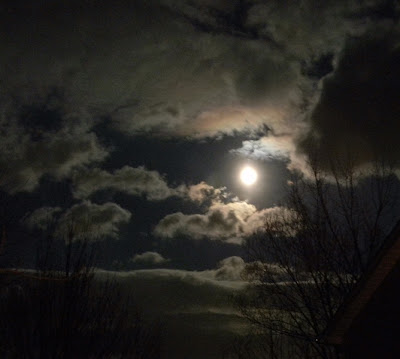 By whatever name, it was a beautiful sight when I turned in the driveway tonight and saw it over the ridge behind the house. As I stood in the driveway and watched, camera in hand, it rose through the clouds.