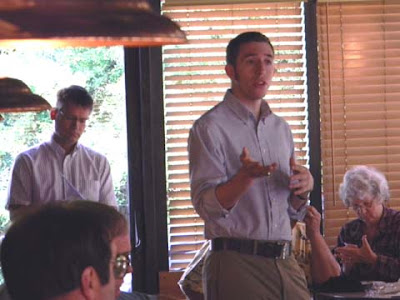 Kurt Michael, local conservative leader, listened as Alex Davis, Staunton Republican Committee Chairman, talked to a full house about the 4th of July float for the Staunton Independence Day parade to be held in Gypsy Hill Park on Saturday, July 3, 2010, at 10:00 a.m. 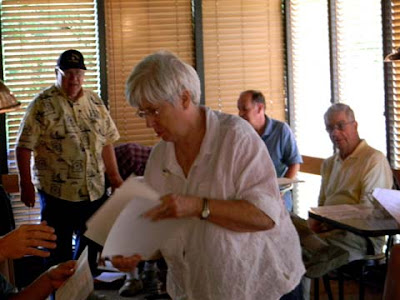 Rush Limbaugh has his "Open Mic Fridays" ... SWAC Conservative Round Table Breakfast featured an "Open Mic Saturday" for June, an opportunity to hear from those in the community. Suzanne Curran passed around handouts. 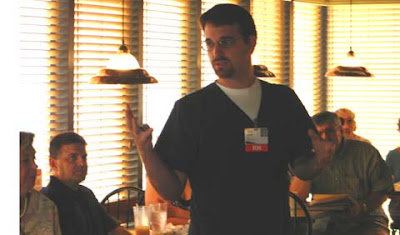 David Karaffa explained the issue of staggered terms for the Augusta County Board of Supervisors and urged everyone to attend the supervisor meeting Wednesday, June 23, at 7:00 pm at the Government Center in Verona.

Chuck Neff, President of VAST, the "rocket boys" who were shut down by Augusta County, gave an update on the latest that is going on with that case. I'll be writing more about that in a future post. 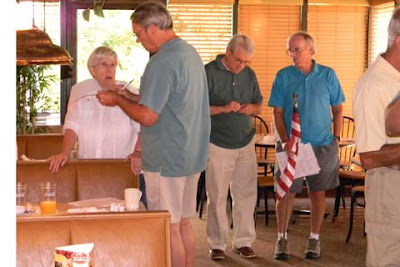 Mike Thomas (center in green shirt), RPV 1st Vice Chairman, was in the area and stopped by to say hello. 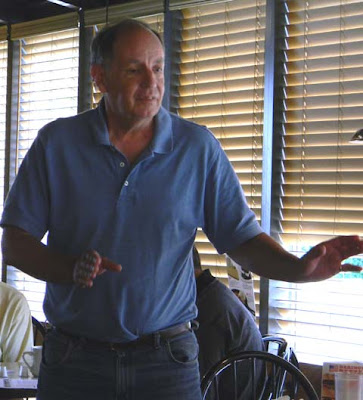 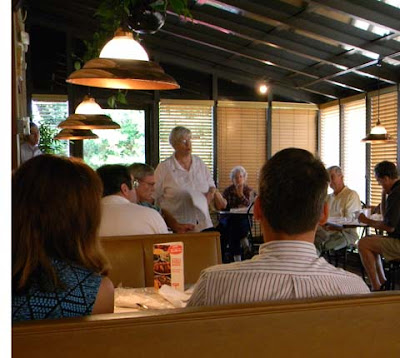 Suzanne Curran shared information about several issues and passed around petitions. More on that in a later post. 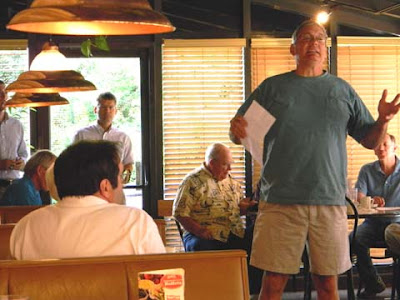 Jim was concerned about the Fairness Doctrine.