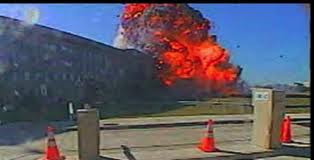 Governor Bob McDonnell has issued a proclamation in honor of all those who lost their lives on September 11, 2001. In addition, he called on all Virginians to observe a moment of silence tomorrow at 9:39 am, the same time that American Airlines Flight 77 impacted the Pentagon.

Proclamation: DAY OF REMEMBRANCE,PATRIOTISM AND PRAYER

WHEREAS, the events of September 11, 2001 have profoundly affected–and continue to affect–all aspects of our society, and the lives of Virginians, Americans and free peoples across the world were changed forever following the destruction of the World Trade Center complex in New York City, the attack against the Pentagon in Arlington, Virginia, and the crash of Flight 93 in Stonycreek Township, Pennsylvania; and

WHEREAS, nine years later the citizens of our Commonwealth and these United States continue to mourn for the more than three thousand innocent voices that were tragically silenced–including 184 in Virginia at the Pentagon–by terrorists on that infamous day of human death and destruction; and

WHEREAS, it is imperative that we never forget our shock and revulsion at the needless destruction, the bravery of our first responders who risked all for their neighbors, our anguish from the sudden loss of so many precious lives, or how we as a people did not succumb to a state of fear as the terrorists intended but instead set aside our differences and united as patriots in our country’s hour of need; and

WHEREAS, while we reflect upon the memory of the departed, it is important that we also take pause to remember and honor the sacrifices of all those members of our armed forces–including approximately 221 Virginians–who have fallen in the line of duty and all members of our military who have volunteered to bring those responsible for the 9/11 attacks and their supporters to justice during the Global War on Terror; and

WHEREAS, prayer has long served as a measure of our nation’s strong heritage of faith and has been an indispensable source of moral and spiritual guidance for citizens throughout our Commonwealth’s history, and it is fitting that our Commonwealth reserve a day in which our citizens may reflect and mourn–consistent with their own faith traditions–with those who have suffered as a result of terrorism, to humbly ask God for the strength and fortitude necessary to protect our lives, liberty and property from future transgressions, and to give thanks for the freedoms with which we as a people are fortunate enough to be blessed;

NOW, THEREFORE, I, Robert F. McDonnell, do hereby recognize September 11, 2010 as a DAY OF REMEMBRANCE, PATRIOTISM AND PRAYER in our COMMONWEALTH OF VIRGINIA, and I call this observance to the attention of all our citizens; and

FURTHERMORE, I urge all citizens of our Commonwealth to display the flag of the United States of America wherever possible in reverence to the freedoms upon which our nation was built; and

BE IT FURTHER RECOGNIZED that I invite all Virginians to witness a one-minute, statewide Moment of Silence starting at 9:39 AM when American Airlines Flight 77 impacted with the Pentagon in our County of Arlington, and I encourage all Virginians to reflect upon the lives lost and heroic sacrifices made on that furious eleventh day of September.

Governor’s flag order for the for the Commonwealth of Virginia

I hereby order that the flags shall be lowered at sunrise on Saturday, September 11, 2010, and remain at half-staff until sunset.

Email ThisBlogThis!Share to TwitterShare to FacebookShare to Pinterest
Labels: 9/11, Commonwealth of Virginia, Gov. Bob McDonnell, may we never forget, war on terrorism