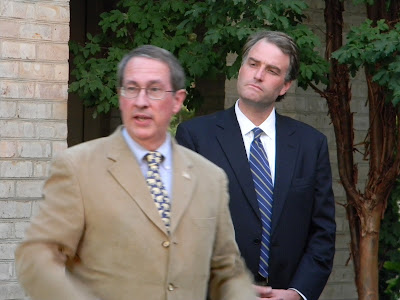 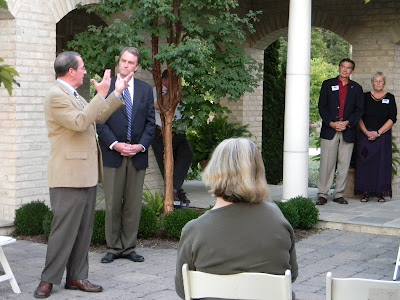 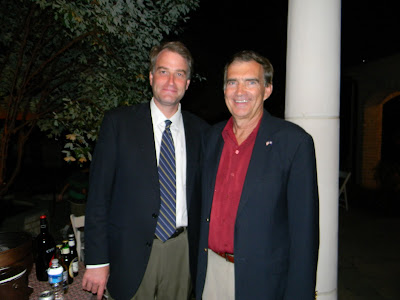 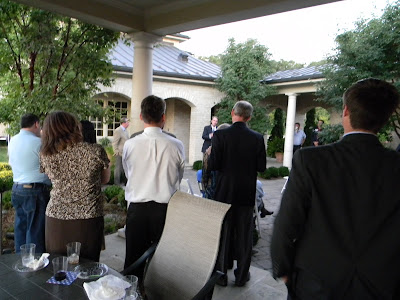 Supporters listen to Robert Hurt at the home of Tom and Peggy Sheets. 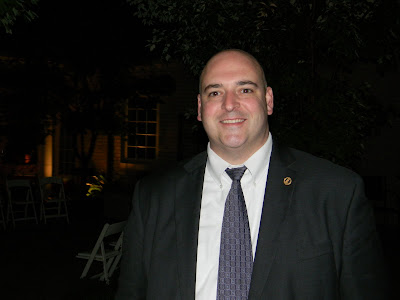 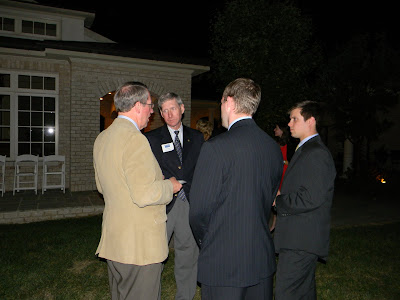 Rep. Goodlatte talks with Del. Steve Landes and others. 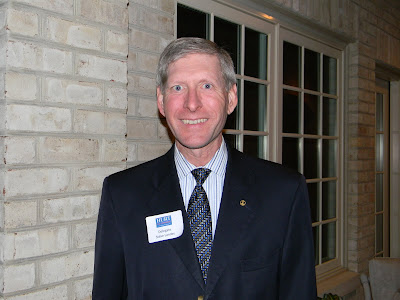 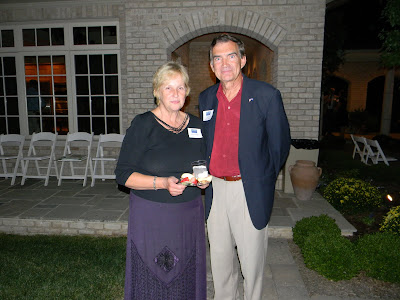 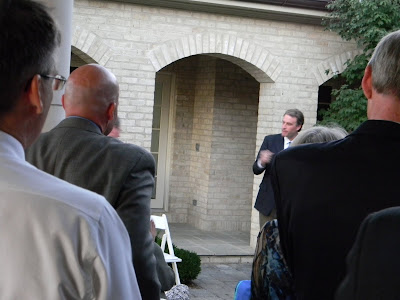 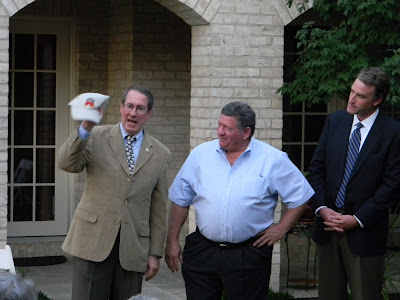 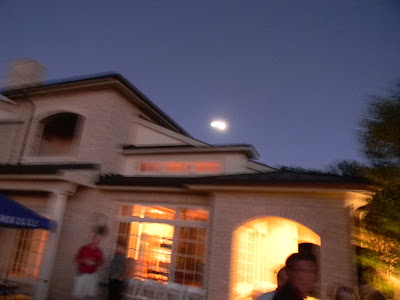 The full moon rose over the house as darkness fell.
It was a perfect September evening in the Shenandoah Valley Monday as Republicans gathered for a fundraiser for Robert Hurt who is running for Congress in the neighboring 5th District against Tom Perriello (D-VA).