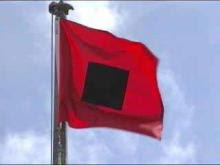 RICHMOND - Governor Bob McDonnell today declared a state of emergency in the Commonwealth of Virginia, a step authorizing state agencies to take precautionary action to prepare for any potential impacts in eastern Virginia from Hurricane Earl. A state of emergency must be declared under state law so that additional resources are available and positioned for use if necessary. The latest National Weather Service models show that Earl is expected to take a track to the east of the Commonwealth with minimal impacts. Models also indicate Hurricane Earl will be well clear of the Mid-Atlantic region prior to the holiday weekend.

Speaking about the declaration, Governor McDonnell noted, “The current forecast has Hurricane Earl passing east of Virginia later this week. However, a change in the storm’s path could bring hazardous weather conditions to eastern Virginia. This declaration is a precautionary move which will allow state agencies to be ready just in case resources are needed.”

In declaring a state of emergency, the governor authorizes state agencies to identify and position resources and manpower for quick response anywhere they are needed in Virginia. In anticipation of this weather system:

* The Virginia Emergency Operations Center is coordinating the state’s preparation for the storm at Increased Readiness condition with increased staffing.

* The Virginia Department of Emergency Management is holding conference calls with the National Weather Service, local governments and state agencies.

* The Virginia Department of Transportation is making sure storm drains are clear in the Hampton Roads region.

· The Virginia National Guard is preparing for possible post-storm response in the Hampton Roads region and the Adjutant General is now authorized to call up those resources he thinks are necessary to ensure it can fulfill its mission in the event the storm impacts Virginia.

Virginians, especially those in Hampton Roads or travelling to the coast, should pay close attention to local weather forecasts. Also, they should have an emergency plan in case the storm changes its forecasted path. A slight westward movement in the track of the storm will increase the risk of dangerous weather in eastern Virginia. We ask Virginians to remain vigilant. In order to be prepared, all citizens should ensure that they stock up on supplies.

More information about hurricane preparedness is available at www.ReadyVirginia.gov and www.ListoVirginia.gov. Online videos that explain storm surge, lane reversal and evacuation routes are at http://www.youtube.com/vaemergency (captions are available).
Posted by Lynn R. Mitchell at 9/01/2010 08:09:00 PM