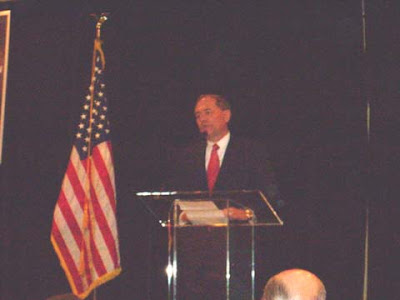 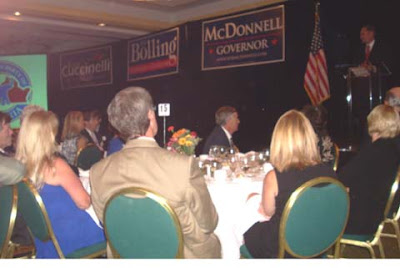 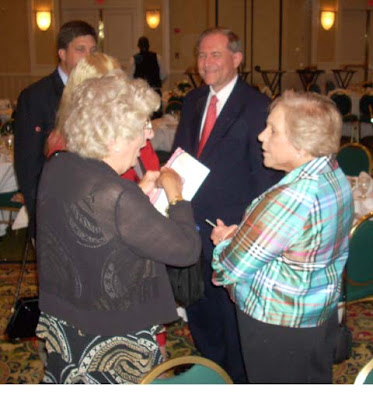 Jim and Roxanne Gilmore talk with fellow Republicans after dinner. I have a story to share about the Governor in a later post.

When Susan Allen, wife of former Sen. George Allen, introduced former Gov. Jim Gilmore, the crowd was on its feet applauding this straight-talking public servant who has accomplished much in his life.

A native of nearby Henrico County, he stood before his Party in the Richmond Marriott, delivering remarks that hit on many subjects that brought applause from the crowd. The Federal debt, he said, cannot be sustained and they most assuredly will raise taxes because of it. Drill off-shore. Health care should not be government-run. The looming deficit will lead to higher taxes. Cap 'n trade will hurt business. He mentioned his Patriotic Committee PAC, and said he is there to help elect Republicans so call on him wherever needed. As he concluded his remarks, he received a standing ovation from fellow Republicans grateful for his service to the Commonwealth.
I have a story to share about the Governor in another post.