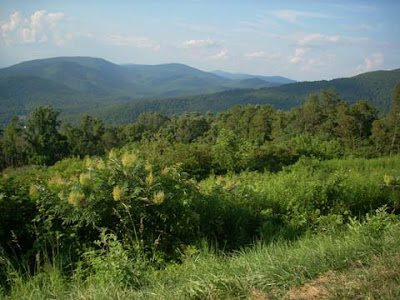 There are few places more beautiful than the Shenandoah National Park in Virginia. However, if you're planning a jaunt into the park and see smoke, be aware that a controlled burn is planned for 500 acres of land today and tomorrow about eight miles north of Afton Mountain. The burn at the Jarman Gap area is located in the Skyline Drive's southern section at Milepost 96.8.

According to the National Park Service:


The Jarman Gap Prescribed Burn aims to reduce hazardous fuels and the threat of a major wildfire. The burn will also help oak and pine communities. The forest of chestnut oak, pitch, Virginia and table mountain pines provides valuable habitat for a variety of wildlife. The fire will help to promote oak and pine regeneration, additional animal food sources and increased plant diversity.

The fire will mimic natural processes as much as possible. It will be lit in such a way that the fire will move fairly slowly down the ridges with low flames. There will be smoke. Some individual trees will burn, but the fire will travel mostly across the forest floor.

Jarman Gap was the site of the first European settler in that area of the Blue Ridge Mountains. Michael Woods settled there in 1734 when it was known as Woods Gap, buying 2000 acres of land and living at what he called "Mountain Plains" until his death in 1762. He is buried on the property.

Woods Gap, first a buffalo trail over the mountains that later became Rt. 250 -- the Three Notched Road -- that is closely followed today by I-64, was purchased around 1800 by Thomas Jarman and has been known as Jarman Gap since that time. Today it is a popular hiking area.