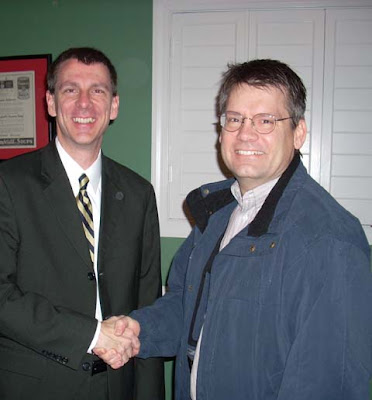 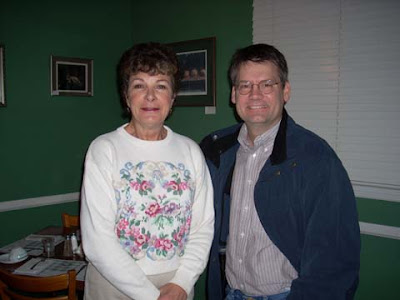 
On a foggy, rainy morning Republicans came from Staunton, Waynesboro, and Augusta County to attend the monthly SWAC-GOP Breakfast at Rowe's Restaurant.

Guest speaker was Chris Freund, Vice President of the Family Foundation in Richmond, with his message of working for family-friendly legislation.

I stopped by breakfast for a little while and then headed to Richmond in a driving rain and thick fog for State Central Committee meeting. After the meeting the sun had come out but the wind was howling.

Driving back to Augusta County was an experience with strong gusts of wind buffeting vehicles on the interstate. The closer we got to the mountains, the colder the temperature got ... and then we hit the snow flurries. By the time we arrived home we were in a snow shower, the wind was still howling, the temperature was at freezing, and the wind chill must have been single digits.

Busy day but much accomplished all around. There are exciting things coming from Republicans and they will be revealed as time goes by....