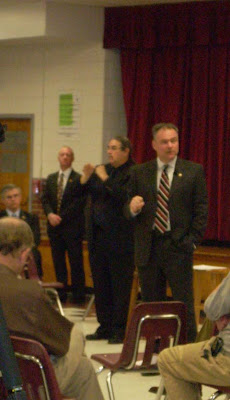 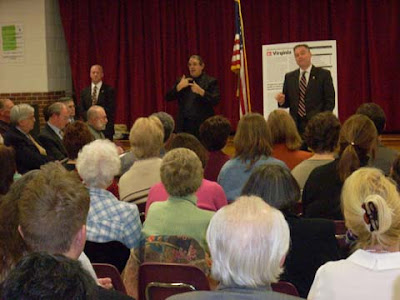 Governor Kaine addressed various issues that are part of his initiatives. 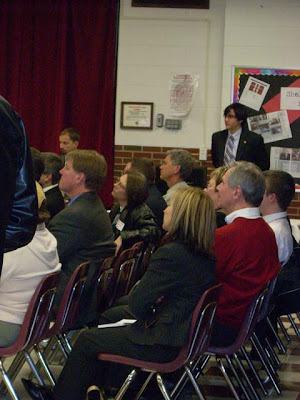 Scott Sayre (middle) of Americans For Prosperity listens. Citizens from the the SWAC area as well as Albemarle, Charlottesville, Harrisonburg, and Lexington attended the gathering. 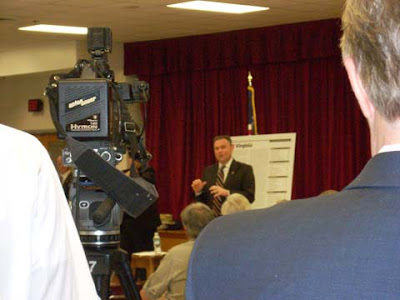 Answering questions from the audience.... 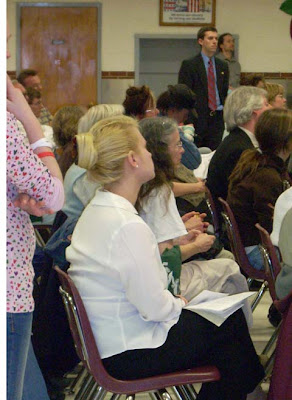 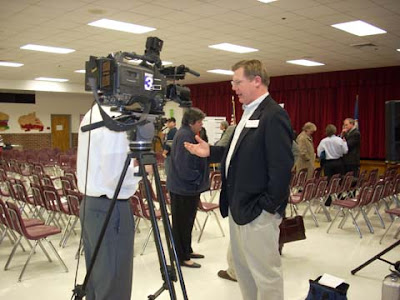 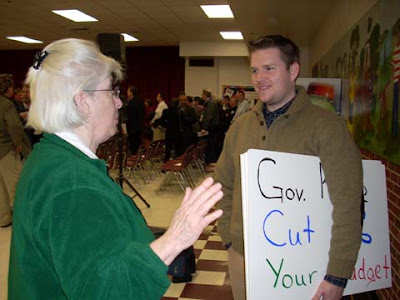 Suzanne Curran drove down from Shenandoah County and was the first person to ask a question of the Governor. A member of Americans For Prosperity (AFP), she talks with Virginia AFP Director Ben Marchi. 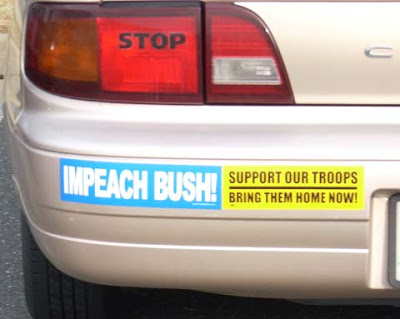 This was typical of many vehicles in the parking lot with their Bush-bashing bumper stickers against President George W. Bush. Notice this car went so far as to put "Stop" on the left brake light and "Bush" on the right brake light. 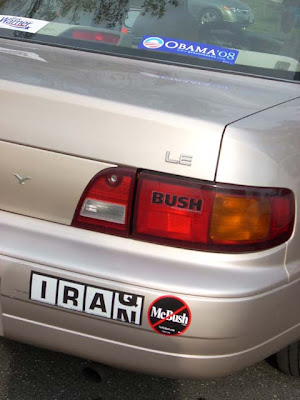 Monday found Governor Tim Kaine hosting a townhall meeting in Staunton. While many in attendance were known local Democrats, there were Republicans at the meeting and, unlike Cobalt 6 and others who attended Congressman Bob Goodlatte's townhall meeting in the past and were rude to the Congressman, everyone was respectful and attentive as the Governor addressed the group.

Thank you SWAC girl for posting the rear of my car on your blog. Freedom of speech in this wonderful country is a great thing.

Oh by the way, you take some great nature photos.

Should have jotted down the license number and put a call into the State Police, those stickers on the tailights are illegal. Of course the Dem's have no respect for the law. Maybe Spitzer could represent this driver in court?

Unionman, thanks for the compliment about my photos.

My husband is a Teamster so I'm used to unions around my household.

The bumper stickers on my vehicle are FOR my candidate and not AGAINST yours. That is the major difference I see between your party and mine when it comes to bumper stickers: you guys bash Republicans instead of advertising for your own people.

The bottom line is we're all Americans ... we should never forget that. Thanks for dropping by.