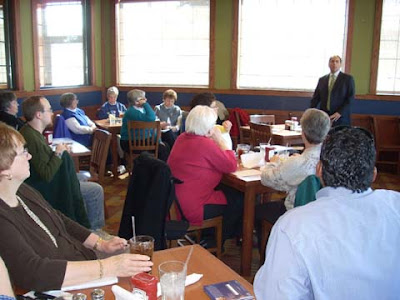 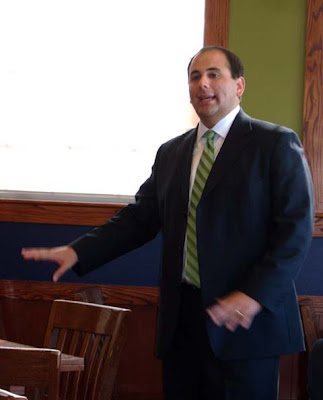 The Sixth District Congressional District will have a new Republican chairman this spring, and one of the candidates spoke with Republicans at lunch Friday in Harrisonburg.

Greg Habeeb, currently chairman of the Salem Republican Committee and a Roanoke attorney, presented his ideas for leadership in a strong conservative district that is represented by many Republican elected officials. He was warmly received as the group listened to his ideas and concerns, followed by a question-and-answer period.

Next month Trixie Averill, also a candidate for 6th District Chair, will address the Harrisonburg Republicans.
Posted by Lynn R. Mitchell at 2/13/2010 09:06:00 AM