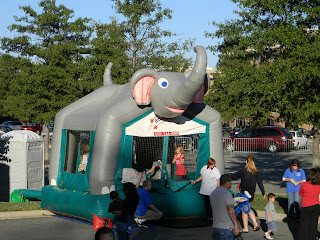 Kids love balloons ... and they love elephants! The elephant bouncy-bounce at Saturday's Republican Round-Up reminded me of Staunton's "George" balloon float in the 2010 Staunton Independence parade. Remember George? The kids of Staunton do! 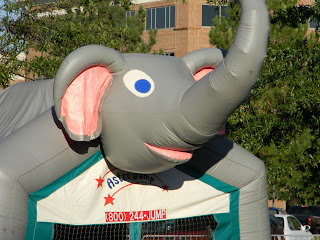 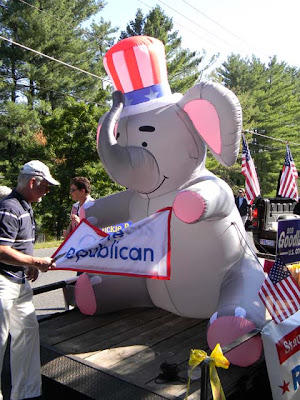 ... and here's George from the Staunton Independence Day parade put together by Chairman Alex Davis and two dozen volunteers. George carried a sign that encouraged everyone to "Vote Republican" ... and the kids loved him! Volunteers carried Dickie Bell balloons for parade watchers as the delegate greeted supporters. 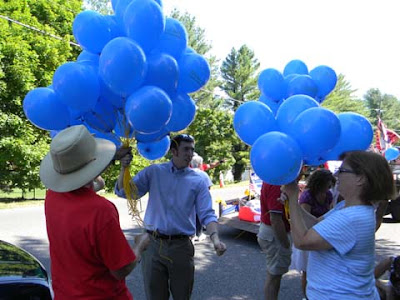 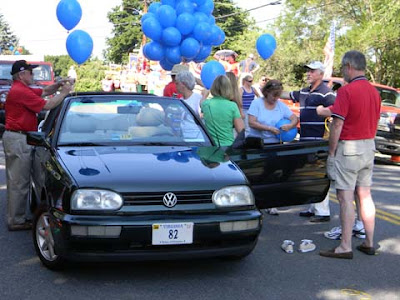 Flashback: The Bells had plenty of hands to help because Staunton GOP Chairman Alex Davis had turned out two dozen volunteers to walk the parade route representing the GOP. And "George" rallied them all!