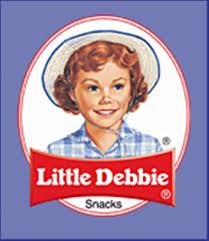 RICHMOND – Governor Bob McDonnell announced Tuesday that McKee Foods Corporation will invest $19 million to expand production at its manufacturing facility in Stuarts Draft in Augusta County. The company will create 78 new jobs. Virginia successfully competed against Arkansas for the project.
Speaking about today’s announcement, Governor McDonnell said, “McKee Foods has been an industry leader in Augusta County for more than 20 years, and continues to grow due to increased product demand. This significant investment and 78 new jobs further augment the company’s status as one of the region’s largest employers and a driver of the local economy. McKee Foods is a great corporate partner to Virginia.”
“McKee Foods’ ongoing investments and career opportunities have enriched the Augusta County community and beyond for more than two decades,” said Jim Cheng, Virginia Secretary of Commerce and Trade. “This expansion represents a re-commitment from the company to the region and to the Commonwealth, and I look forward to McKee Foods’ continued success in the next 20 years to come.”
Headquartered in Collegedale, Tennessee, McKee Foods Corporation represents a group of companies that provide a livelihood for more than 6,000 employees, and has annual sales in excess of $1 billion. The company’s products are available across the U.S., Canada, Mexico, Puerto Rico, and on U.S. military bases around the world. While McKee Foods Corporation is best known for its line of Little Debbie® brand snack cakes, product lines also include Sunbelt®, Heartland® and Fieldstone™ Bakery.
“McKee Foods initially recognized the strategic advantage of building a manufacturing facility in Augusta County more than two decades ago,” said Randy Smith, Vice President, McKee Foods Stuarts Draft operations. “A major point in that decision was seeing that the Shenandoah Valley gave us access to a highly-skilled workforce. Today, we’re pleased to be able to expand our production capabilities here, to employ more of our neighbors and to add to the more than $46 million annual economic impact we currently make — all for the betterment of our local communities.”
The Virginia Economic Development Partnership worked with Augusta County and the Shenandoah Valley Partnership to secure the project for Virginia. Governor McDonnell approved a $200,000 grant from the Governor's Opportunity Fund to assist Augusta County with the project. The company is also eligible to receive a Major Business Facility Job Tax Credit. Through its Virginia Jobs Investment Program, the Virginia Department of Business Assistance will provide funding and services to support the company’s recruitment, training and retraining activities.
“Augusta County is justifiably proud to have been selected by McKee Foods for its next expansion,” said Tracy Pyles, Chairman of the Augusta County Board of Supervisors. “McKee has been a perfect corporate partner for our community that we greatly appreciate.  The credit for being honored with this significant investment surely goes first to the McKee family for its continuing trust in this County, and then to the employees who had to have been a major factor in the choice to further invest in Stuarts Draft.  It is a blessing to know that Augusta County's tradition of producing wonderful employees with a superior work ethic continues in the workforce at Stuarts Draft. Thanks to all.”
“The greatest concern for folks in our part of Virginia is jobs, and my focus has been to encourage local manufacturers like McKee Foods to expand their operations,” said Delegate Ben Cline. “For over 20 years McKee has been an integral part of the Stuarts Draft community and the addition of 78 new jobs will be a major boost for Augusta County’s economy.”
Posted by Lynn R. Mitchell at 8/15/2012 04:30:00 AM

It was a great day for Draft. It is an interesting fact to note that the new line, producing mini-donuts will be built completely inside the existing plant building.

I talked with McKee's first employee on the site, 22 years ago, who said they built the plant in 90 days! It is actually in an area with a bit of potental for a seismic event, so the entire building is tied together with steel cable to keep it from coming apart in the event of something similar to what happened in Mineral.

McKee operates plants in Tennessee, Arkansas and Stuarts Draft. They own two airplanes and use them to effectively use their specialized engineering staff to serve all locations.

McKee is a company with strong values. The McKee family are Sabbath keeping Seventh-day Adventists and suspend all operations on the Sabbath. The plant has many workers who started with the company 22 years ago still employed there.

Oh, the donuts are good too!