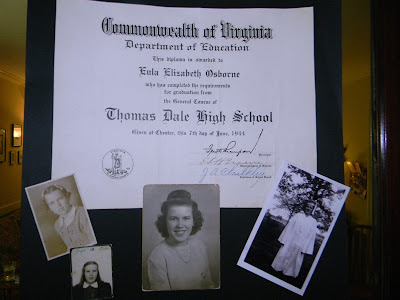 Sunday afternoon was a gathering of our family at my sister's house in Midlothian to celebrate that special day with my mom who was the youngest of ten children, born during the Great Depression, and attended high school during World War II. The sole survivor of her siblings, she reached a milestone birthday surrounded by her husband, children, grandchildren, nieces, nephews, and other family members.In a festive atmosphere of balloons and crepe paper, photos were displayed around the house from years past, and that included Mom's high school diploma from Thomas Dale High School in Chesterfield County. 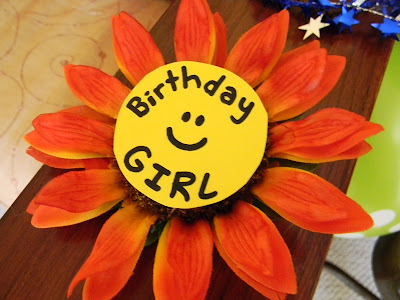 A special pin for a special birthday girl. 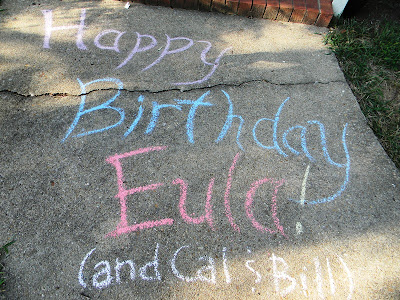 SWAC Niece took the decorating outdoors to the front sidewalk to welcome "Granny" as she approached the door for her surprise party. The surprise was executed well ... Mom had no idea anything was up until we pulled in the driveway and she saw all the familiar vehicles and personalized license plates. 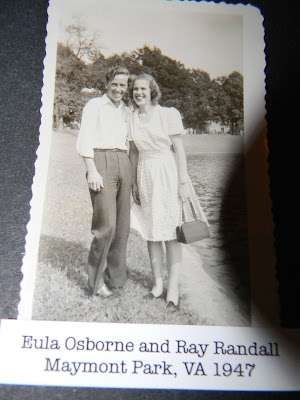 This is a photo of my parents on their first date taken at Maymont Park in 1947. Years later, my friends and I would spend Sunday afternoons in Maymont, walking the footsteps that my parents had left years earlier when they were the same age. 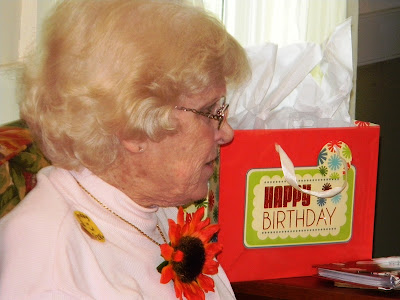 Mom was thrilled at the photos that were given to her, a reminder of a life lived to the fullest during years of challenge. 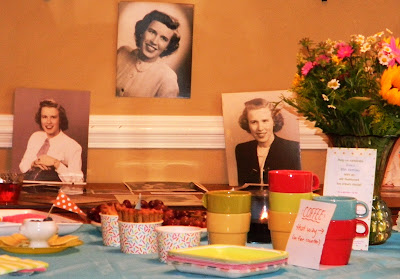 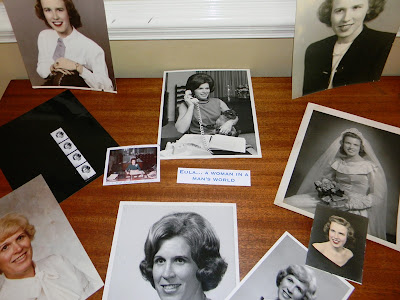 These were photos from her working girl days in downtown Richmond when she worked for the State Corporation Commission and for one of the judges. Later she became a woman in a man's world as she achieved success and awards in the sales and marketing community of Richmond in the 1960s and 1970s, breaking through the glass ceiling where women had not previously participated.

Because Mom grew up during the war, she learned that almost anything could be accomplished if willing to work hard enough for it. She instilled in my two sisters and me a work ethic that propelled us to achieve all we could. She taught us to work hard, and that any job worth doing was worth doing 150%. Her advice when I entered the ranks of the working was to learn all I could about every job situation and, if I completed a task, help someone with theirs because it would teach me a new skill. 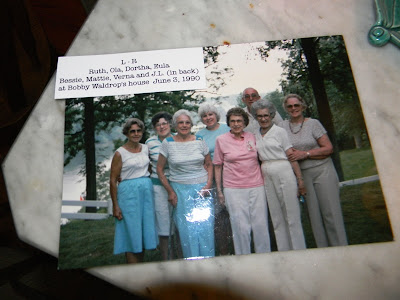 Photo circa 1990 of the surviving siblings at that time. All are now gone except my mom. Her brother Clarence was killed in Europe during World War II, and brother Walter passed away twenty years before this photo was taken at my cousin Bobby Waldrop's estate on the James River (later sold to Jimmy Dean). 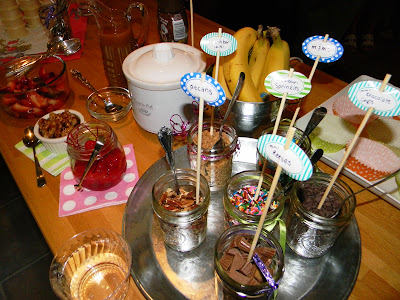 It was an old fashioned ice cream social complete with all the fixings along with a barbershop quartet that stopped by to entertain with songs of the era. 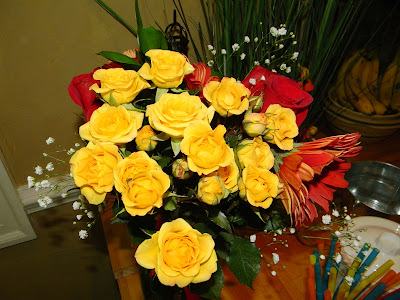 Flowers ... lots of flowers for the birthday girl. 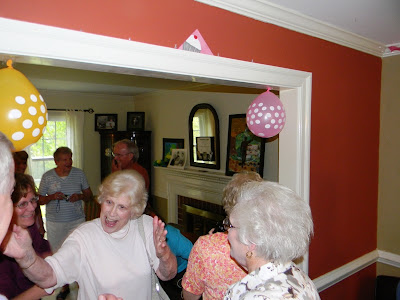 ... and that was the look of surprise when Mom saw so many familiar faces. 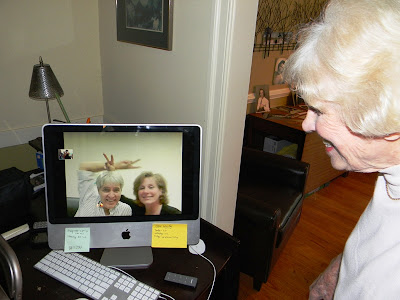 My Texas sister and her husband -- the nuts! -- joined us by Skype from Houston. Mom was shocked to see them on the computer screen ... how technology has changed over the years. 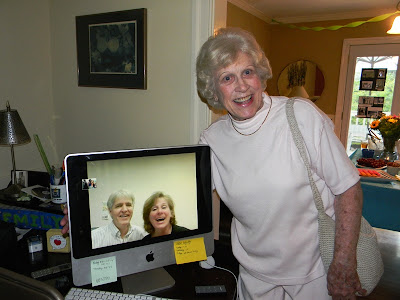 So, as Mom would say, there's more than one way to skin a cat. To get a photo with her middle daughter, she posed with the monitor ... 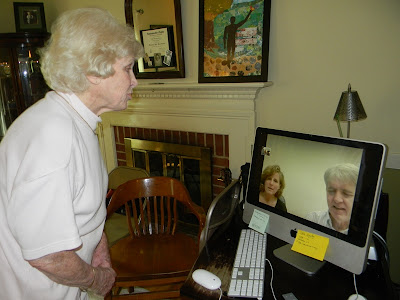 ... and then they had a chance to visit face-to-face. The afternoon was fun and heart-warming as the house rocked with laughter and music. My youngest sister and SWAC Niece did a great job and, amazingly, the surprise birthday party was, indeed, a surprise.
Happy birthday, Mom!