August's Blue Moon is last until 2015 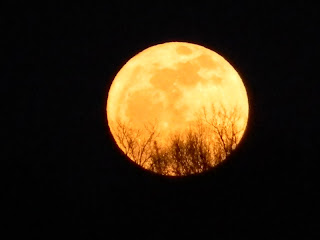 If you look out the window tonight, you'll see a full moon in the sky, the first of two full moons for the month of August. The second will occur on August 31st.

In an unusual phenomenon, the second one is called a Blue Moon -- the name given to the second full moon in a month. The next time this happens will be in 2015 and, thus, the saying, "Once in a Blue Moon."