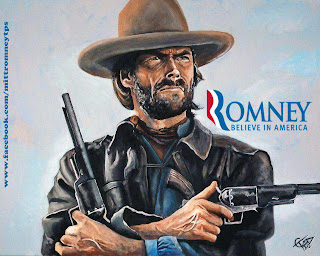 The mystery was solved Thursday night as the worst-kept secret of the week walked on stage at the Republican National Convention and lit up the crowd.

Clint Eastwood, that Republican-among-Hollywood-types best known by many as Dirty Harry, took to the podium beside an empty chair that became his prop for a frank discussion with President Barack Obama.

The next few minutes were a hilarious and straight-forward assessment of the current state of the country under Obama's administration. Dems went ballistic and immediately began bashing Eastwood. The mainstream media, who always act as if they are the only ones with an ounce of sense in their brains and look disdainfully down their condescending noses at conservatives in this country, dismissed it as the ramblings of an old man.

All their collective intelligence and knowledge and yet they couldn't see that that empty chair was basically representing all of Obama's empty promises.