Chick-fil-A in Waynesboro CRUSHED with supporters 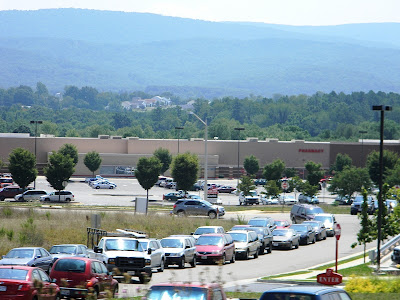 It's Chick-fil-A Appreciation Day and, from the looks of the lines at the Waynesboro location as well as reports from Chick-fi-A restaurants all around the Commonwealth and across the nation, it sounds like a success. 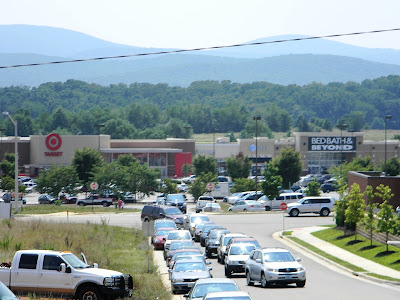 I read there were protesters at some locations but that wasn't true in Waynesboro. In fact, we made it a point to tell them we were there to support them and they thanked us. Truth be told, Chick-fil-A has some of the friendliest, most courteous employees. 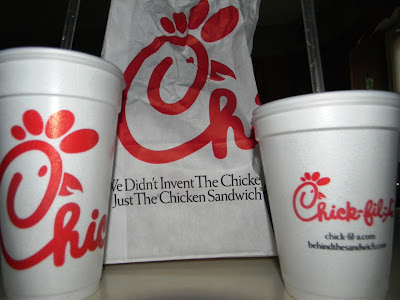 Lunch. We stopped by at 11:00 to be ahead of what we knew would be a huge crowd because we live in the conservative Shenandoah Valley. 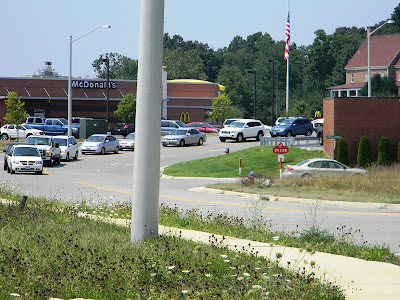 Vehicles patiently waited in lines and in the parking lot, and everyone was courteous. 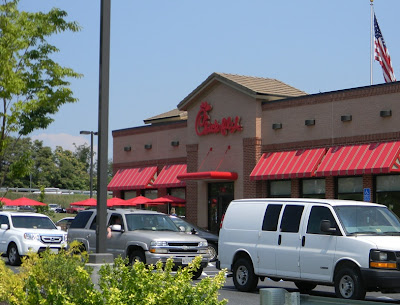 After shopping at nearby Kohl's, Michael's, and Target, we checked back at the Chick-fil-A and found the lines wrapped around the building, out the side street and onto another side street, and backed up through the traffic light on Rt. 340. 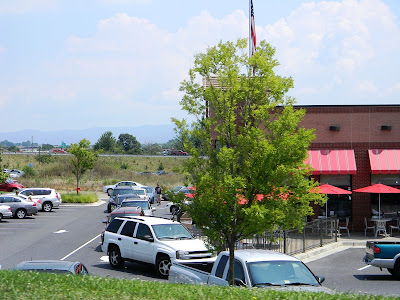 I don't "do" boycotts. I still buy Ben & Jerry's Chocolate Fudge Brownie frozen yogurt -- conservatives have been calling for boycotts of them for years -- even though I certainly don't agree with their liberal political viewpoints. On Tuesday I was enjoying a frappuccino at Starbucks.

However, Chick-fil-A has been a good steward in the communities where they are located and have helped raise money for charities, local schools, civic groups, and have given away so much food throughout the years that it's a wonder that they make any money at all. They are closed on Sundays to honor the day of rest as called for in the Bible, provide an excellent product for those who want chicken, have clean restaurants, courteous employees, and are family friendly.

In calling for a Chick-fil-A Appreciation Day, former Arkansas Governor Mike Huckabee wrote on his Facebook page, "The goal is simple. Let's affirm a business that operates on Christian principles and whose executives are willing to take a stand for the Godly values we espouse by simply showing up and eating at Chick Fil-A on Wednesday, August 1."

I was moved to participate because Chick-fil-A CEO Dan Cathy has a right to his opinion. He's a Christian, the predominant religion of the United States, and he practices the biblical views taught in Christianity. If we shut down his right to voice an opinion in this country, we may as well throw all our freedoms out the window.

I only hope the mainstream media covers this phenomenon that is occurring throughout America.